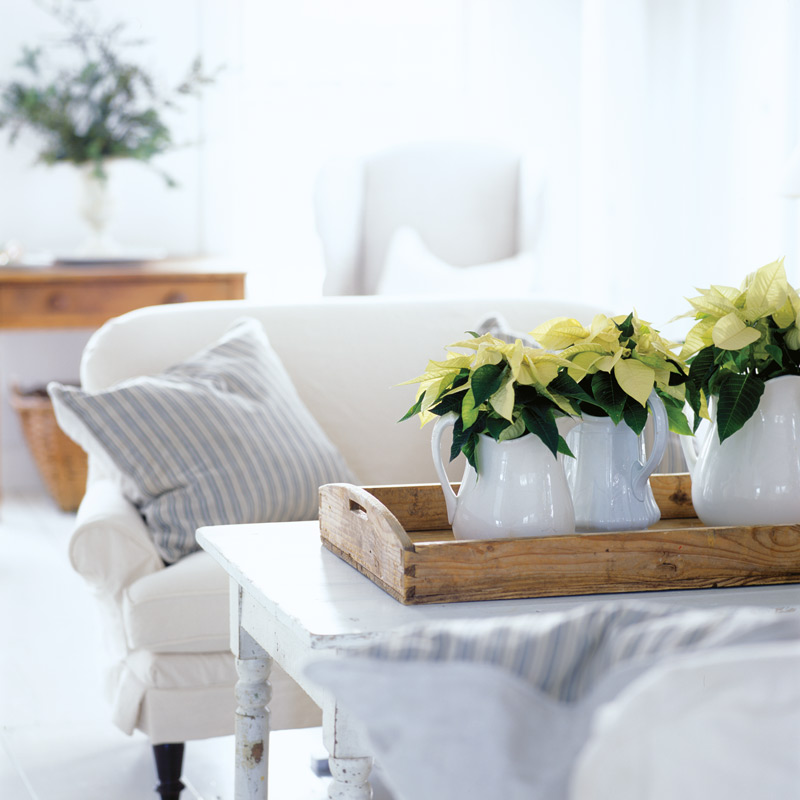 Growing up in rural Vermont, Terry has a lifelong link with nature, and flowers serve as accents in the well-appointed spaces. Although blossoms are an inextricable part of his being, he does not necessarily incorporate your typical cut flowers. Instead, he incorporates snippets of whatever is blossoming outdoors in homage to the seasons. Seemingly, that would introduce color. And it does—except that Terry prefers the same pearly shades that he now favors in his décor. He brings white flowers home, keeping with his motif. But where there are blossoms, green is a given. As a result, stems, leaves, and branches step out beyond their usual role as mere supporting cast. 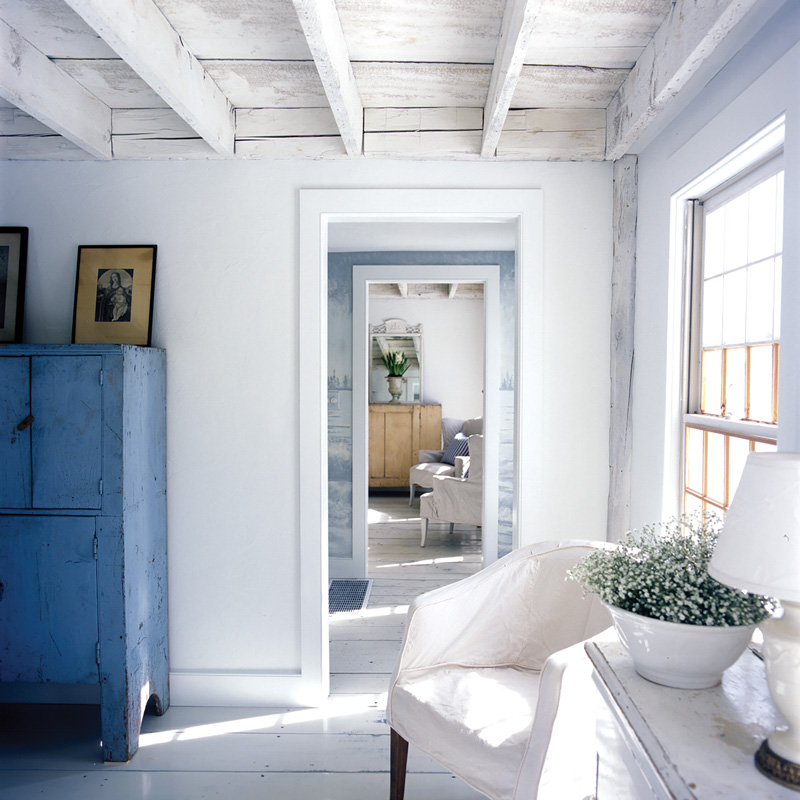 Just as his décor grew more articulate when he peeled the layers away, flowers become anatomy lessons with color removed. He is transfixed by a bare apple blossom with just the slightest blush of rouge or a paperwhite peeking from a seashell. And he cannot help but find fascination in the silkiness of a peony petal or the waxy finish of a tulip. As he pared down, empty space around vases and their blossoms made physical traits more meaningful. Similarly, Terry leans toward mono-bouquets rather than attempting to host a whole garden in a vase. Others might call it minimalism, but he sees sparse as more. Given the spotlight without competition, everything says volumes. “It’s fresh air,” he says. 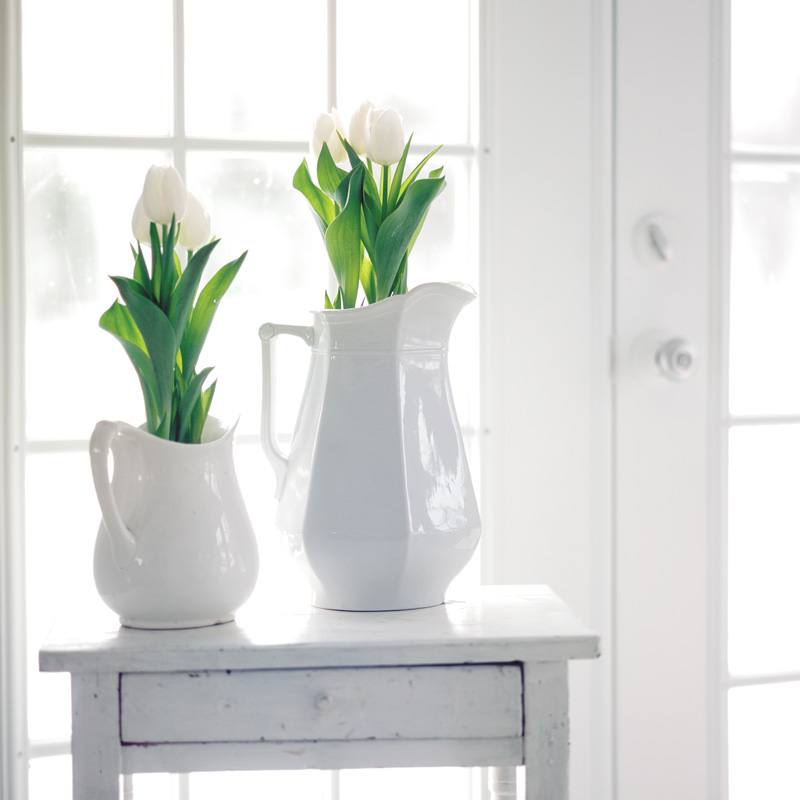 Of course, he still collects, but now Terry showcases his finds more starkly. He thinks and rethinks his collections. “When I walk through the door, I look at my hands to see what’s in them. And I think, ‘Do I really want to bring this in?’” he explains. “I edit at the door.” So what happens to the excess? “I have a lot of lucky friends on the receiving end,” he says. Meanwhile, “less is more” is alive and thriving in his immediate surroundings as individual elements step into the fore.

23 Female Designers You Should Be Following

These Cottage Porches and Exteriors Glow with Holiday Charm