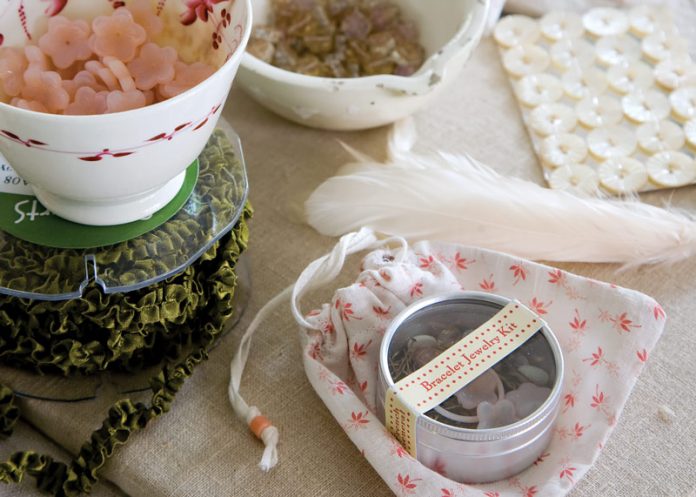 On a quiet street in the Frogtown area of Los Angeles, just a few blocks from Dodger Stadium, sits a unique store that’s filled with the most wonderful things. Christened French General as a nod to its European-influenced beginnings, the shop’s seeds were planted on the East Coast 17 years ago when owner Kaari Meng, along with her sister, Molly, started a small general store in her Hudson River barn. They later moved the shop to the eclectic SoHo neighborhood in New York City where they stocked it with charming wares they found at flea markets in France and England.

“After a while, I realized that a traditional retail store was not what I wanted to do,” says the Golden State native. “My interest is in workshops and in creating a space where people can come to be inspired.” So she and her husband moved French General out to California and opened a workshop venue rather than a typical retail store.

The shop is divided into three distinct sections. The paper section has antique ephemera from France along with old books and a new scrapbooking collection featuring products from Jolee’s Boutique. Yard goods the shop designed for fabric companies Moda and Fabricut fill the fabric section. The bead, button, and notion wall holds scores of old apothecary jars stocked with “antique bits and bobs” for jewelry making. Kaari collects goodies wherever she goes so there is a constant flow of new inspiration in the shop.