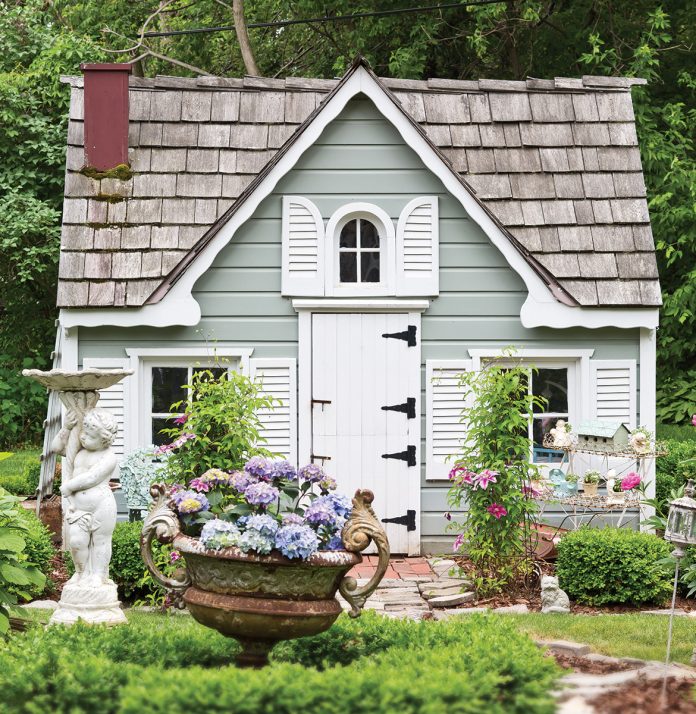 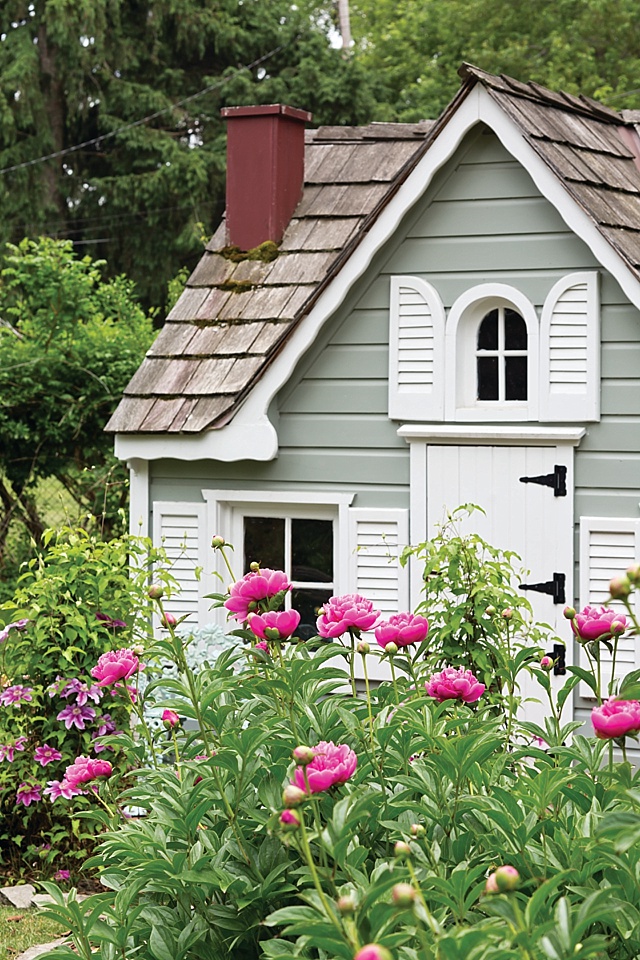 Blame it on Rachel Ashwell, the queen of shabby chic. When Peggy Kurz visited one of Rachel ’s shops, she fell in love with the look and was soon redesigning her home and garden.

It’s been more than 20 years since Peggy Kurz’s daughter took her to Rachel Ashwell’s shop in Chicago. The visit so influenced her she came home and painted everything white. The shabby chic design concept was inspired by flea market finds. And once Peggy decided to adopt that look, she and friends started checking out the different antiques shows and flea markets. Peggy laughs when she shares, “I have lived in the house over 40 years and have gone through a lot of different decorating styles including Victorian and collecting cows.” But it looks like this style is a long-lasting favorite of Peggy’s, not only for the interior of her house but for the garden as well.

Antiques and Gardening Collide in This Gorgeous Greenhouse

Fall in Love with the Story Behind This Enchanting Virginia Greenhouse