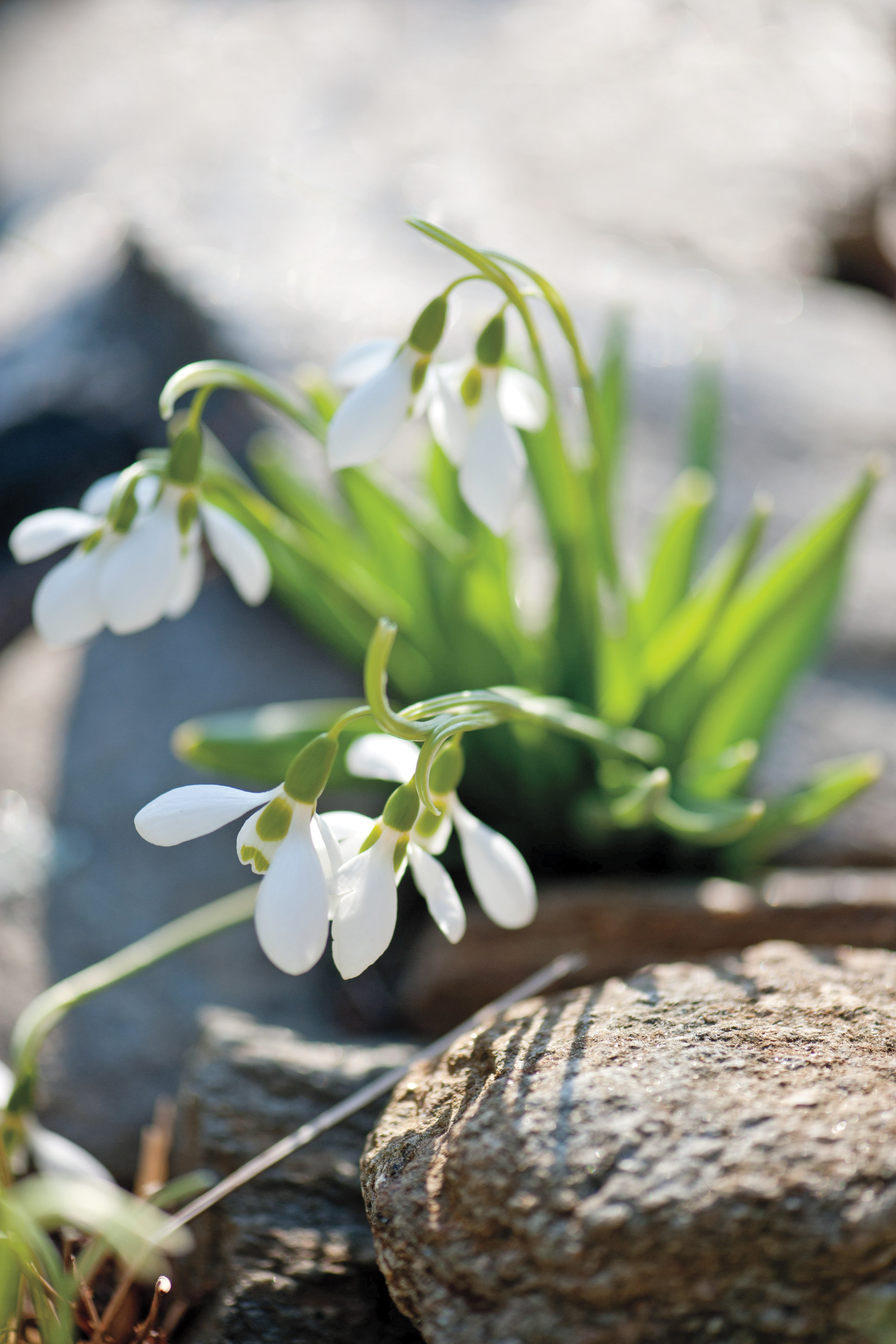 In Britain, Galanthus spp. (as they’re designated botanically) have been called February fair maids and dingle-dangles. In France, they’re known as perce-neige (or snow piercers), which gives you some idea of their lack of prudent timing. Native to Europe and western Asia, these intrepid white bloomers that we know as snowdrops are the first subtle hint that winter’s fury is fracturing. Huddling close to the earth, snowdrops have all sorts of tricks up their sleeves to battle brutal weather. The fact that they face downward protects the blossoms from filling with ice or snow. And these cunning little weather warriors only swell open when temperatures are well above freezing, closing shop when it’s particularly inclement. If temperatures fall into the single digits, the plant collapses entirely, but they rally to soldier onward as soon as the mercury rises. Not to be deterred by prolonged relapses of cold weather, the flowers can linger a month or more—far longer than most bulbs.

How To Create Your Own Cottage Garden

Create the Perfect Shelfie with Our Stylist’s Tips