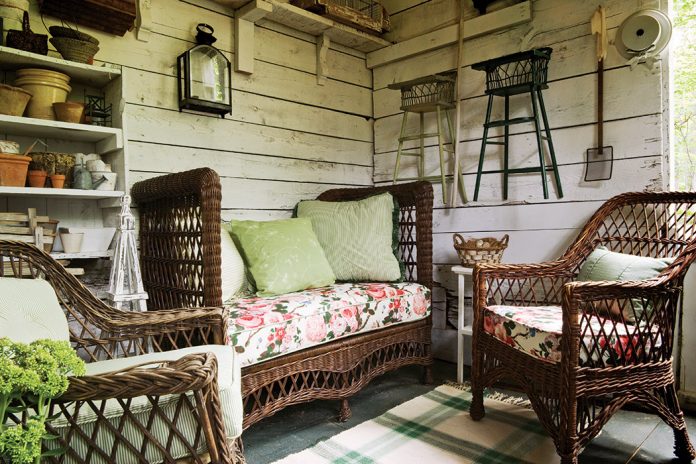 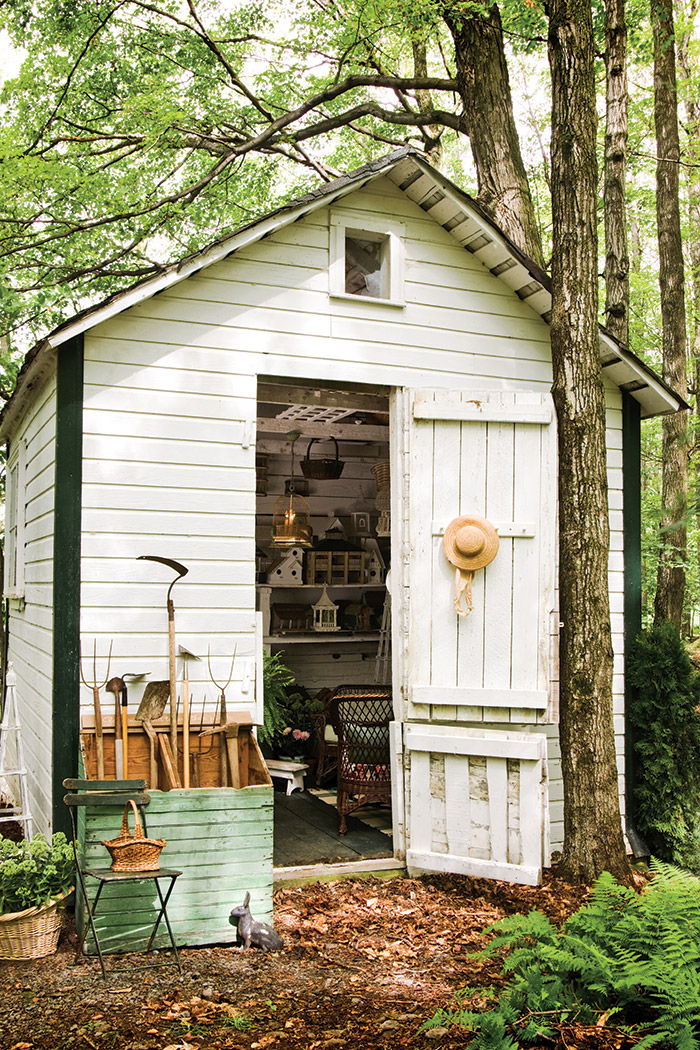 Rescued from ruin, this roomy potting shed houses a gallery of garden-related collections along with potting supplies—and the occasional woodland critter.

Jack Fhillips really doesn’t mind if a squirrel family takes up residence in his potting shed. “I don’t like to kill anything, so my attitude is to let them be,” he says. The shed, which stands behind the garage of his vacation home in the Catskill Mountains, was probably originally a stable for a horse. It had double Dutch doors, a wooden trough, and a dirt floor but was almost falling down when the interior designer bought the property nearly 30 years ago. 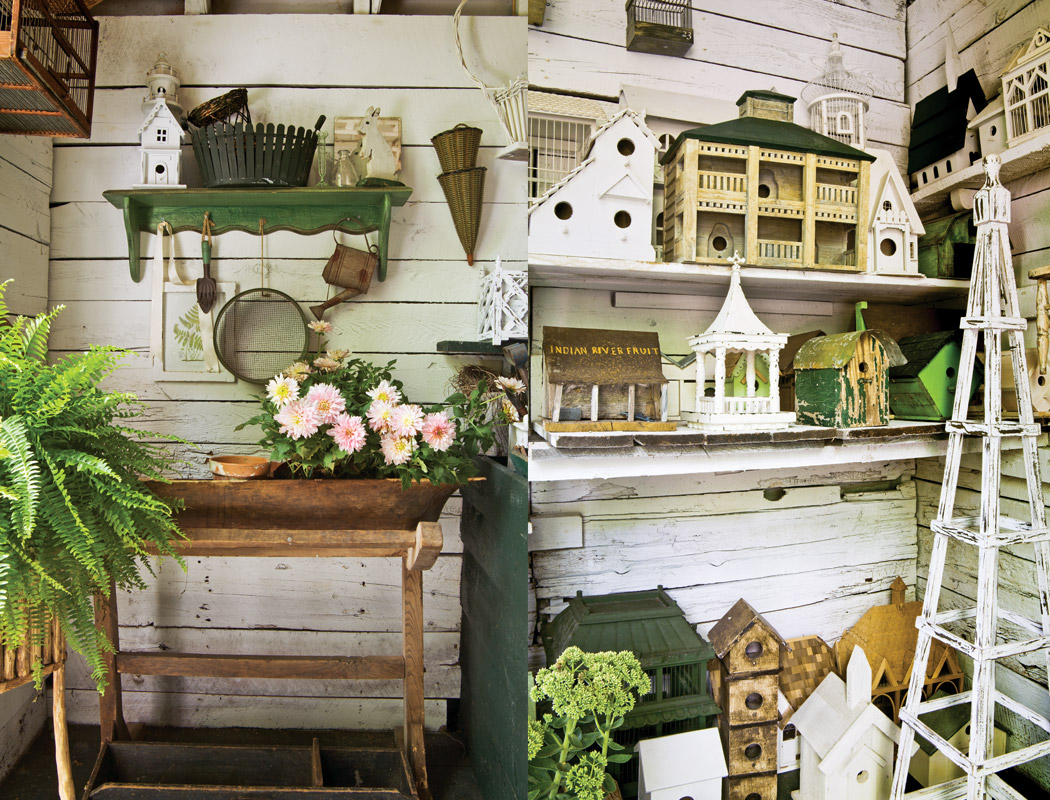 Jack salvaged it, put in a new poured-concrete foundation and floor, and turned it into a “play space.” Although he enjoys planting containers of flowers to display on his deck, he says he’s not much of a gardener. “I love gardening as long as it’s done by others,” he admits.

Experience The Meijer Gardens In its Full Holiday Magic

The Essential Elements of Craftsman Style

Elegant and Eclectic, This Designer’s Home Is One You Need to See