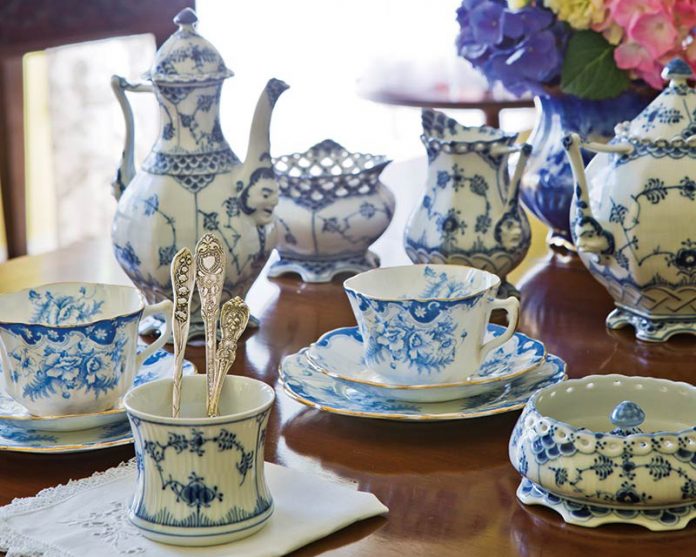 Blue and white chinaware is a timeless décor staple that complements nearly any style. Whether you are just starting out or have dozens of treasured finds, curating a special collection of different patterns and pieces both antique and reproduction is a beloved tradition that began centuries ago.

Originating in China, the striking cobalt blue pigments were first seen adorning white pottery and porcelain ceramics as early as the ninth century. The intricate blue decorations were expertly applied by hand and became highly coveted as China opened trade with Europe, making a limited number of pieces for royalty. Much to the delight of the middle class, transferware was introduced in the 17th century, which allowed potters to quickly produce the treasured blue-and-white ceramics at more affordable prices.

Refresh Your Home Décor This Winter with These Stylish Finds!