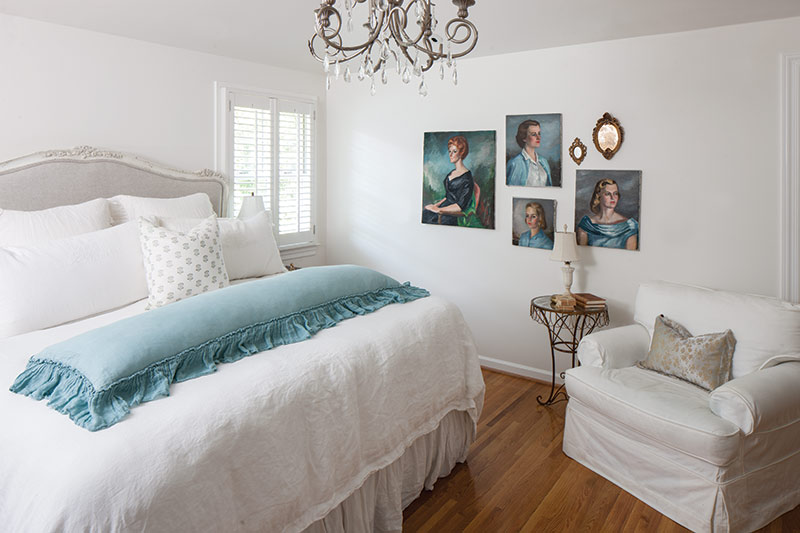 Another source of laughter and conversation are the portraits hanging in Shelley’s master bedroom. The four “Blue Ladies” as she calls them were another find from Gina. “She found them in the back of an antiques store,” Shelley recalls. “They were all rolled up, possibly left over from a painting class.” When Shelley saw them hanging in Gina’s store she thought, “I want those in my house; I just don’t know where they would go.” After a master bedroom makeover that brought in white linen bedding and calming touches of blue, she knew just the place for the Blue Ladies. “It’s kind of hilarious; everyone asks if those are my aunts,” Shelley says. “They’ve been quite the source of conversation.”

And after all the updates, the Breens have created a comfortable home drenched in personal cottage style. “I’m very glad that we updated and added just a little bit of breathing room—that’s all we need,” Shelley says. “I don’t think we’ll ever move. We were blessed with great neighbors; you can’t buy that!” 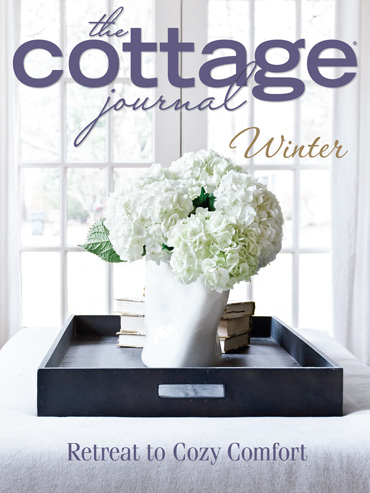 Colorful Palettes and Bold Prints Rule in This Georgia Home

Beat the Heat with These Unparalleled Pool Spaces