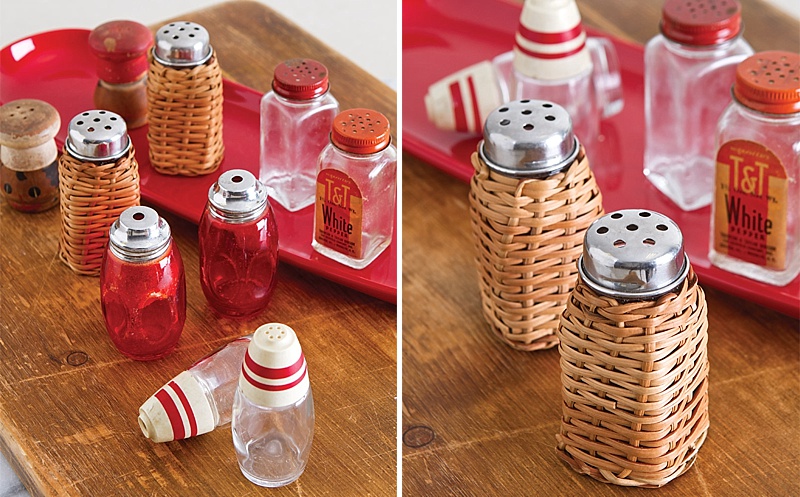 Forty years later, the Morton Salt Company of Chicago added magnesium carbonate to salt, which prevented lumps from forming, making salt easier to pour from a closed container without the use of an agitator. The German fine pottery maker Goebel was one of the earliest producers of shakers, and they introduced their first three sets in 1925. Salt and pepper shakers began to appear on more and more kitchen tables.

Collector Andrea Ludden has more than 80,000 saltshakers and pepper shakers, which she displays in the world’s two Salt and Pepper Shaker Museums, one located in Gatlinburg, Tennessee, and the other in Spain.

These Cottage Porches and Exteriors Glow with Holiday Charm