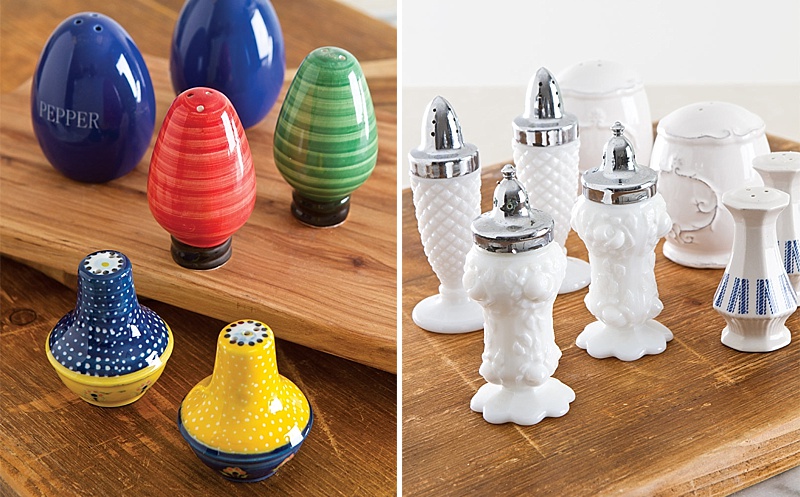 The use of salt and pepper at the table began during the Middle Ages in England, where the seasonings were typically served with a tiny spoon out of small bowls made of pewter, horn, or wood. By the 15th century, the containers became ornate pieces made of silver or gold and studded with gems. Pepper, also referred to as the “king of the spices,” does not suffer the same susceptibility to dampness as salt does.

In 1858, an American tinsmith from New Jersey named John Mason, the same man who invented the Mason jar, created the first saltshaker by punching holes in a tin cap to evenly distribute salt across his food. However, moisture would make the salt too lumpy to pour, so the creation was short-lived until 1863 when C.P. Crossman patented an agitator to put in saltshakers to break up the clumps.

The One Tool You Need To Be Using for Gorgeous Style

This Porch Is Packed with Vintage Style Ideas

Beat the Heat with These Unparalleled Pool Spaces