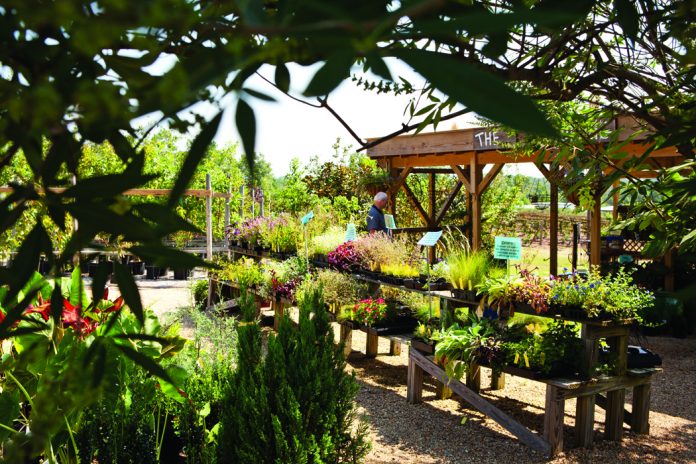 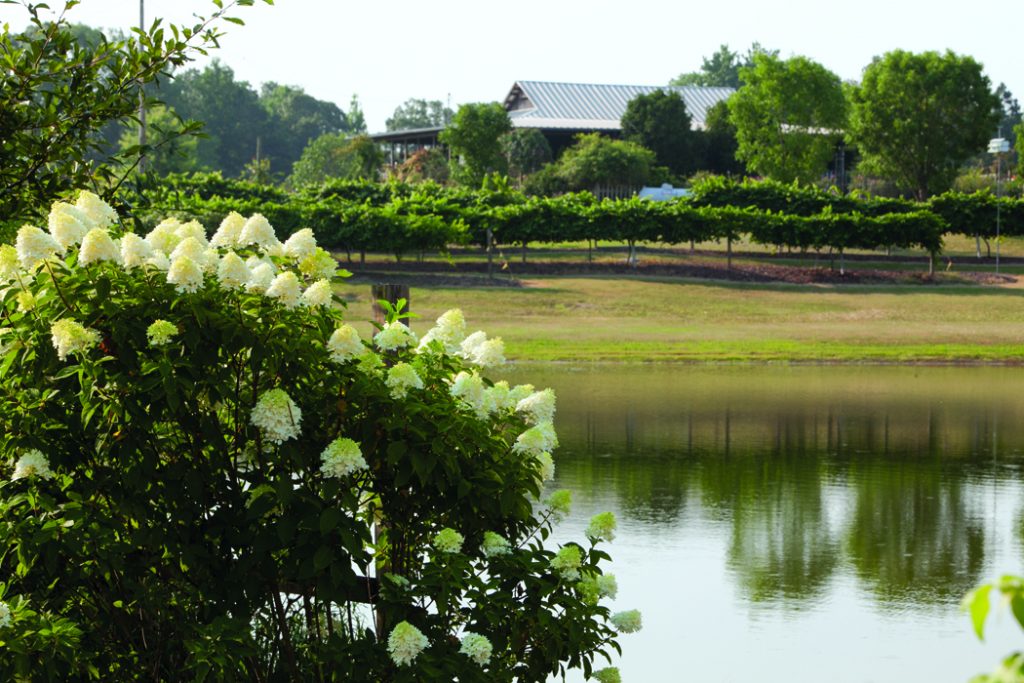 Stroll through the demonstration gardens, talk plants with the owners, or pick some fruit in season. Petals from the Past is more than a nursery; it’s a destination.

It all started with roses. As a graduate student studying landscape design and horticulture at Texas A&M University, Jason Powell worked with Dr. Bill Welch, an authority on antique roses and heirloom gardening. While helping him with a cottage garden, Jason discovered that heritage roses not only had incredible fragrance but also were pest- and disease-resistant and could play every role in the garden, from background to focal point. He fell in love with them and returned to his native Alabama in 1994, determined to build a nursery based on antique roses. 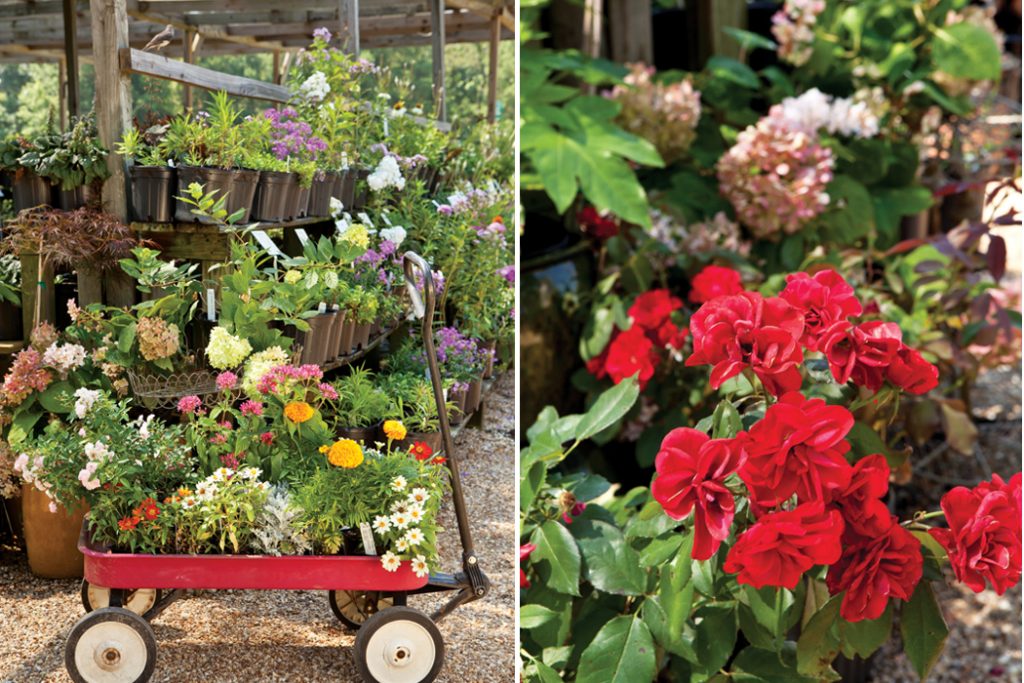 Today, the 25-acre operation near Jemison, Alabama, offers roses and much more: 46 types of grandma’s garden shrubs, about 60 different heirloom perennials, and more than 140 varieties of fruit. Unlike many nurseries, where utilitarian greenhouses shelter rows of containers with naked saplings, Petals from the Past entices and educates customers with landscaped gardens featuring mature and maturing specimens of everything the nursery offers. The demonstration aspect appeals to Jason, who loves to share the nursery’s hands-on experiences. “We like to be able to tell you the good, the bad, and the ugly” of each variety, he says.

Shelley, Jason’s wife, is also a landscape designer and horticulturist, but her real passion is plant identification. “She’s the only person I know who can identify plants at 55 miles an hour!” Jason says. Besides overseeing the selection of plants the nursery grows, she makes house calls to identify mystery plants, which often prove to be antique varieties no longer in the trade but worth propagating. 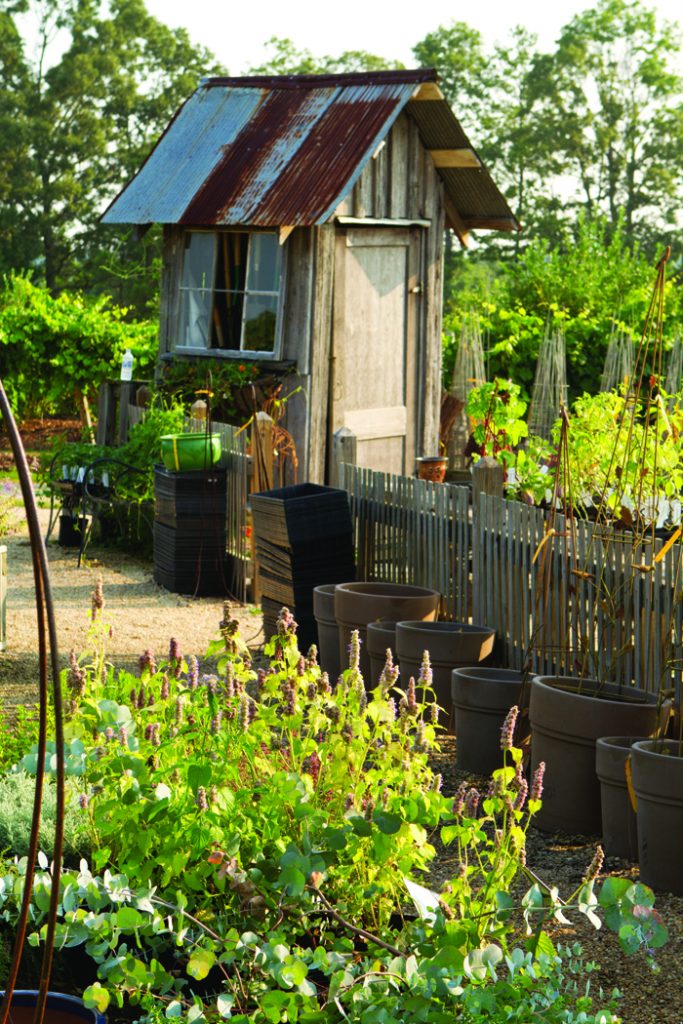 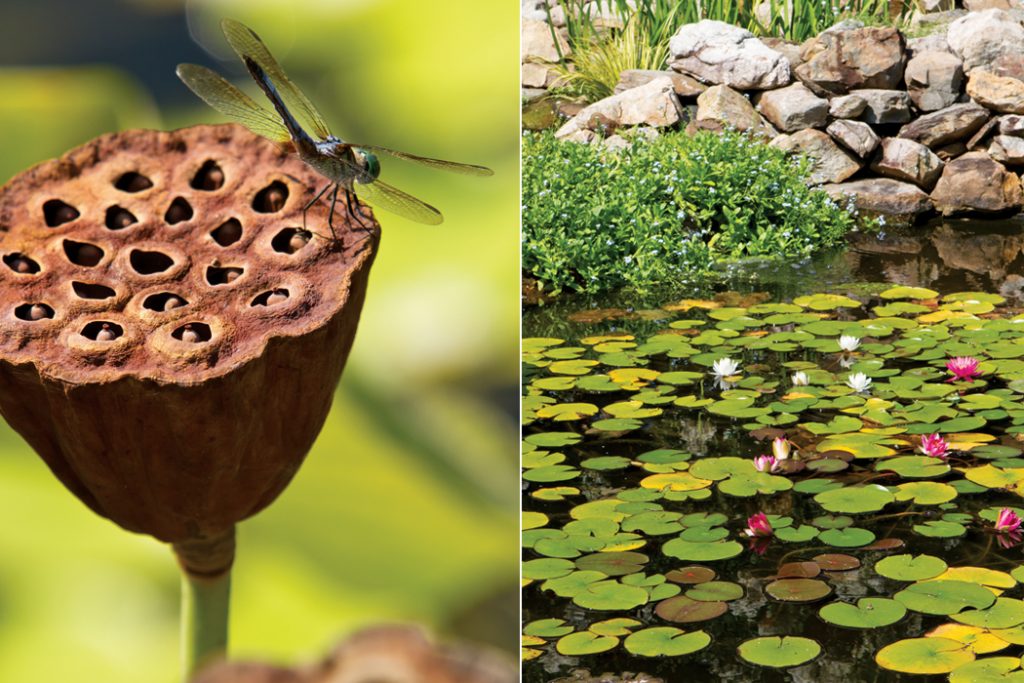 People come from as far away as Nashville, Tennessee, to buy heirloom plants from the nursery. With even the closest customers at least 35 miles away, the Powells work hard to make Petals from the Past a destination worth traveling to. Lectures, workshops, demonstrations, and guided tours offer inspiration, information, and sometimes a take-home project. A fundamental attraction, however, remains the personal attention of the family and staff. They know plants, and they enjoy sharing what they know. If every visitor leaves having learned one new thing, Jason is a happy man. 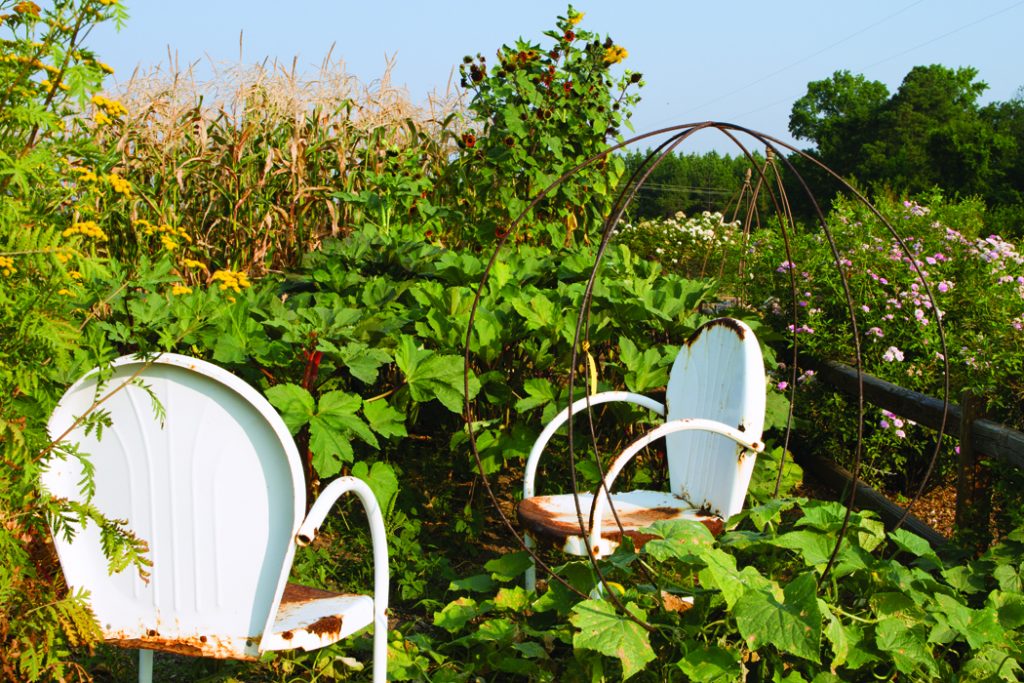 In the demonstration vegetable garden, a few rows of corn stand as a backdrop to vintage porch chairs and gourd vines. 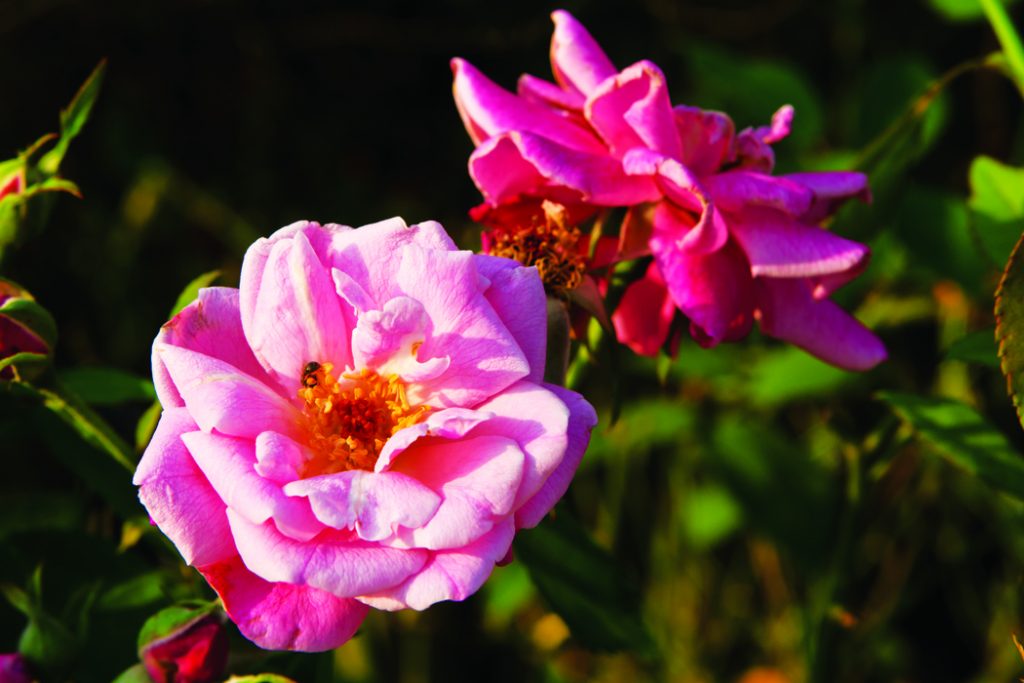 Natchitoches Noisette is the type of tough and determined plant that Jason and Shelley most want to propagate. Introduced to the trade in 1992, it was discovered in a Louisiana cemetery, where it had been blooming for more than a century with no maintenance.  While the Magnus purple coneflower (below) is a fast-growing perennial that attracts butterflies and lasts well as a cut flower in arrangements. 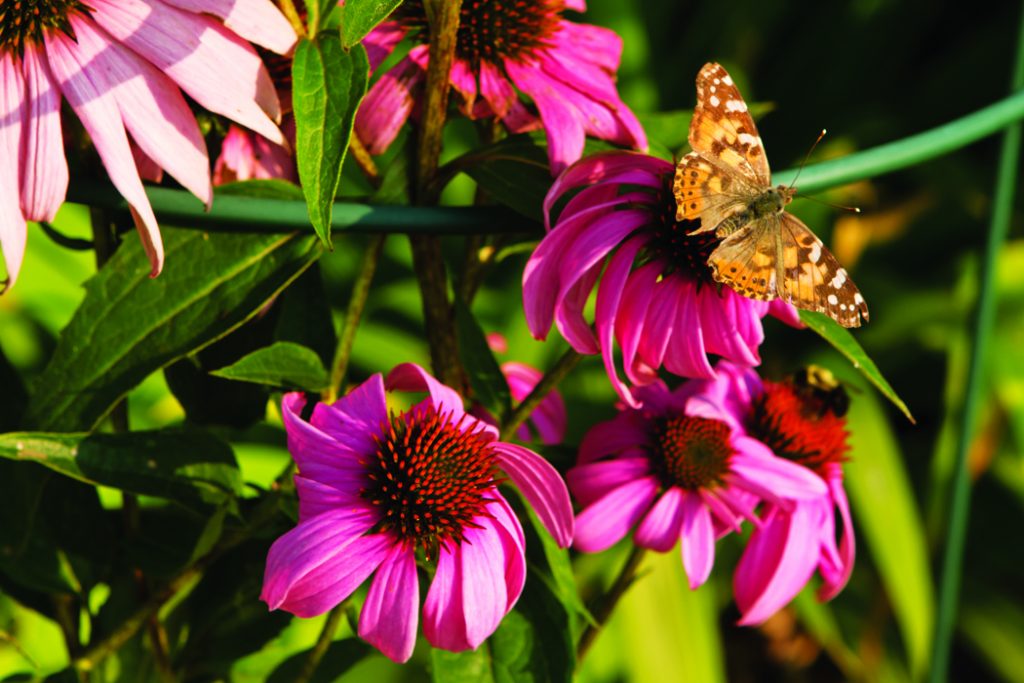 About 10 years ago, Jason’s parents joined the couple as co-owners, bringing his father’s expertise as state fruit specialist and Auburn University horticulture professor to the mix. At his father’s suggestion, they developed 6 acres of fruit, which allowed the nursery to add a pick-your-own component as well as fresh fruit to sell at farmers’ markets. 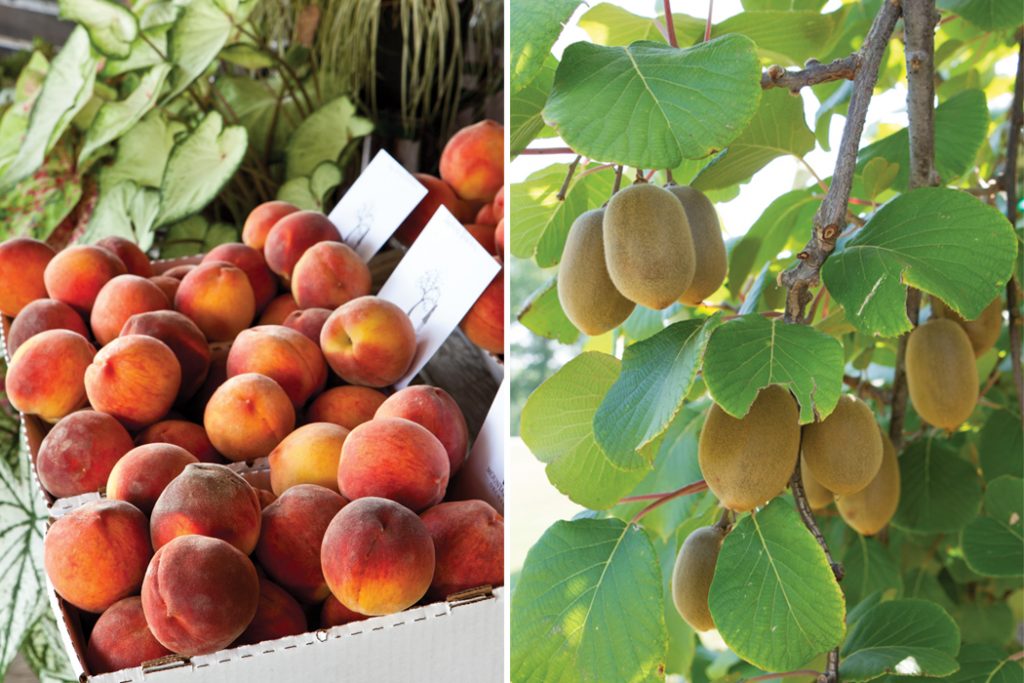 Chilton County Alabama’s famous peaches grow in an orchard across the road from the nursery, and the Powells help sell them. And who knew kiwi could grow in the Deep South? Golden Sunshine, a sweet, golden-fleshed variety recently developed by Auburn University in cooperation with scientists in China, grows on tall vines that need the support of sturdy trellises to bear the weight of the branches and fruit. 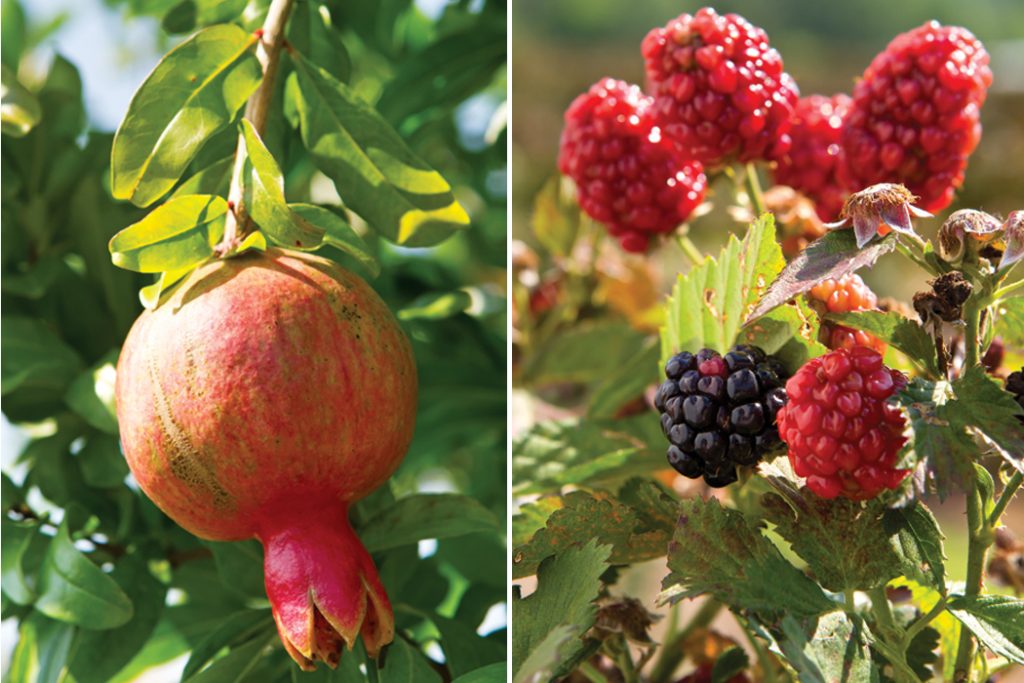 Cloud pomegranate has white flesh and a sweet taste. The edible part is found in the juice sacs, which look like seeds. Blackberries are just one of more than 100 varieties of fruit that Jason’s father, Dr. Arlie Powell, suggested adding as an edible component to the nursery.

See How the Denver Botanic Gardens Inspires Conservation and Community

Essential Tips for the Care and Upkeep of Topiaries