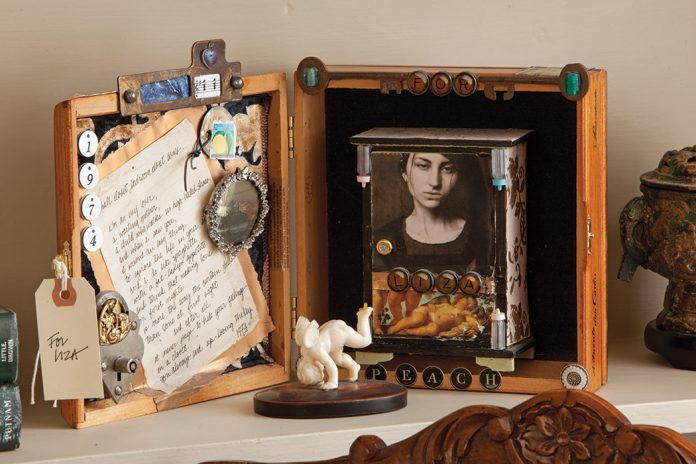 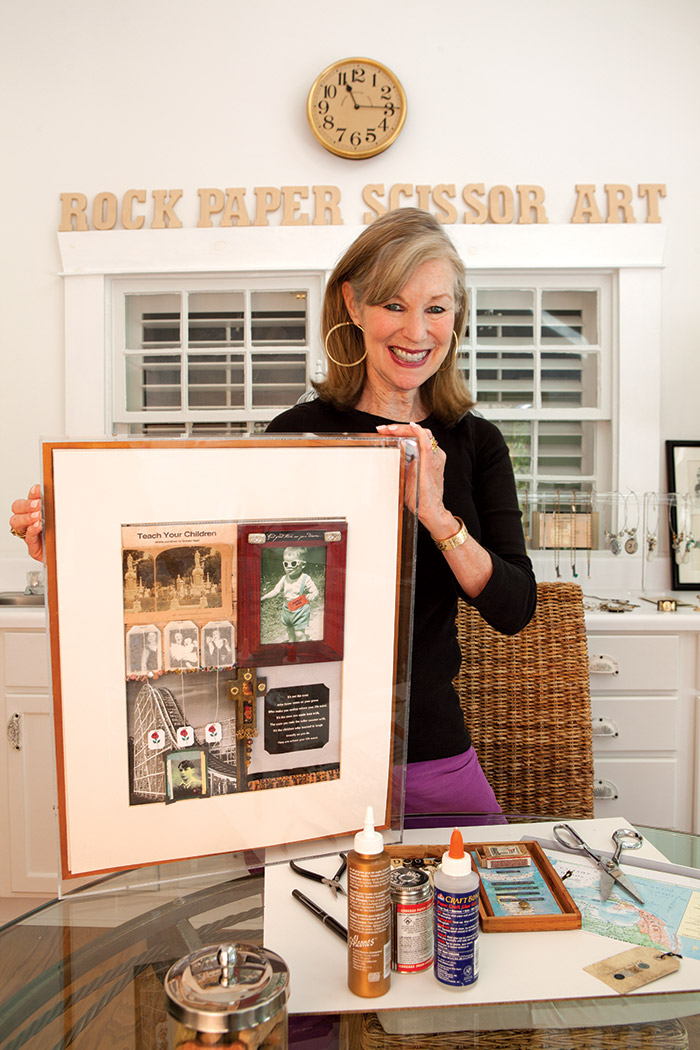 Originally from New York, Peggi Davis worked in the fashion industry for over 25 years, but became interested in creating collages when she entered an art show.

She illustrated the song “Forever Young” by Bob Dylan and framed it in Plexiglas boxes. As she continued creating her designs, she found the frames became cumbersome and expensive. So she started thinking outside the box—or at least outside the acrylic box.