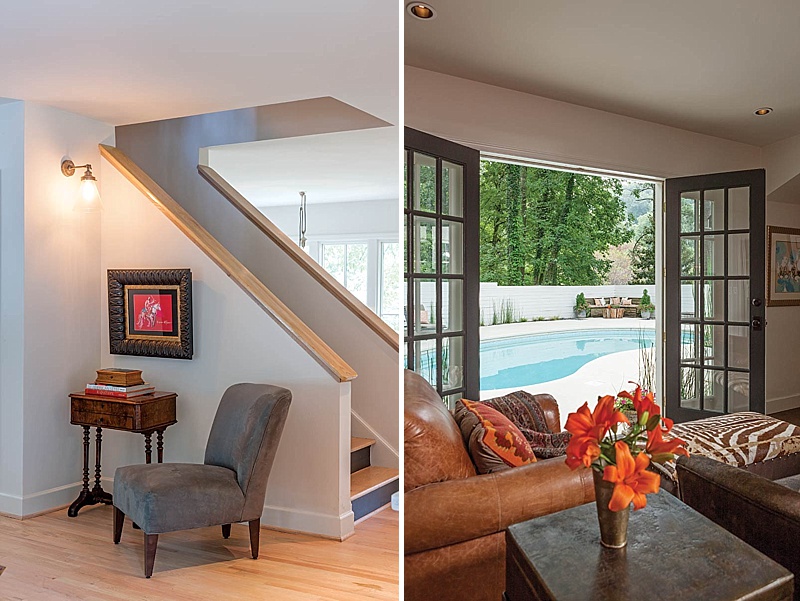 Behind the antique French doors near the fireplace is the family bunkroom. There’s a small sitting area for watching TV and four bunkbeds behind the sliding barn doors. Harrison, the Cooneys’ eldest son, made the bunk beds with the help of friend Brent Donaldson. “With a house of older kids coming and going it’s nice to have extra space for people to sleep,” Barbara shares. It’s also right off the pool, so it’s easy access for the swimmers.

Thomas, the younger son, has his own teenage man cave. It’s actually an attic room that was the last homeowner’s sewing room. Barbara confesses that nobody really wanted the room when the family first moved in, but now with its pine slanted ceiling and private bathroom it has become the choice bedroom.

The Before and After of This Cottage Kitchen Is Stunning

10 Autumn Tablescapes to Inspire You This Harvest Season