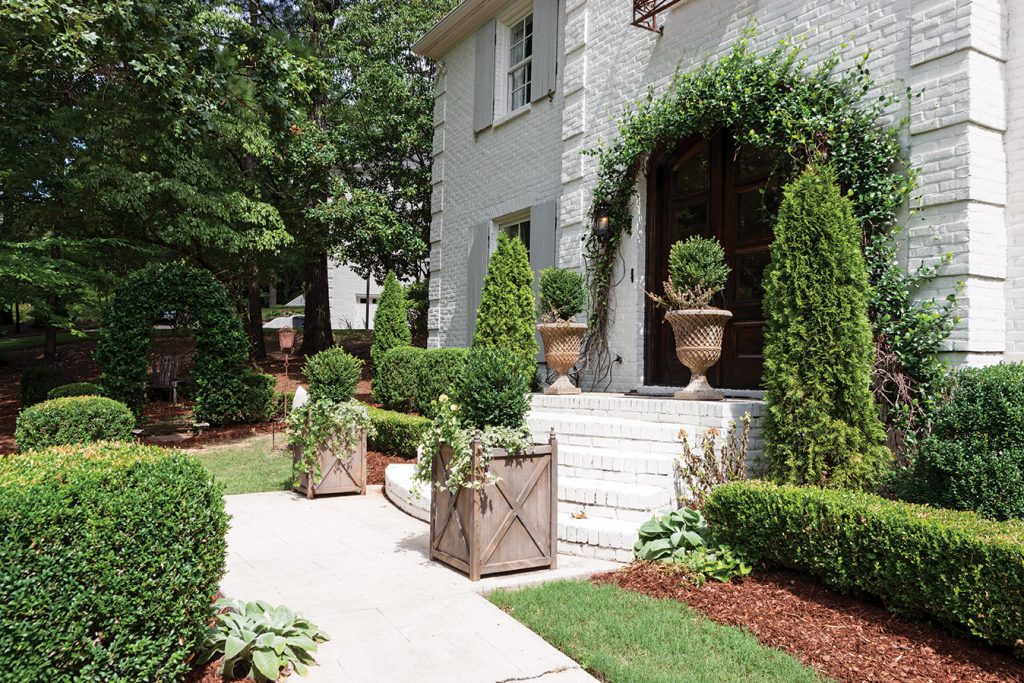 Mallory, her husband and three children live in a two-story brick house built in 1987. As a busy decorator, renovating her own house was put on the back burner while helping others. But over time she has worked her magic, creating a romantic French-inspired home. 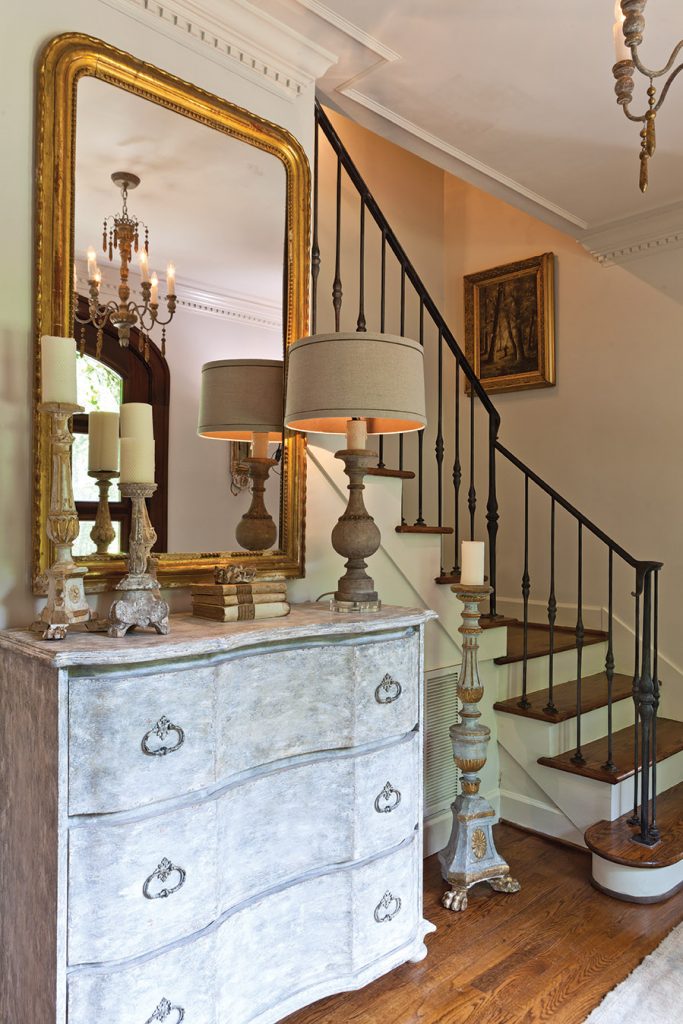 The neutral palette of the foyer is carried throughout the rooms for a calm, relaxed style. An old Louis Phillipe-style mirror, brought home from France, hangs above a painted and distressed chest in the foyer. She also upped the French mood by replacing the original wooden bannister with a new iron railing. To the left is a sitting room that is formal, yet comfortable. 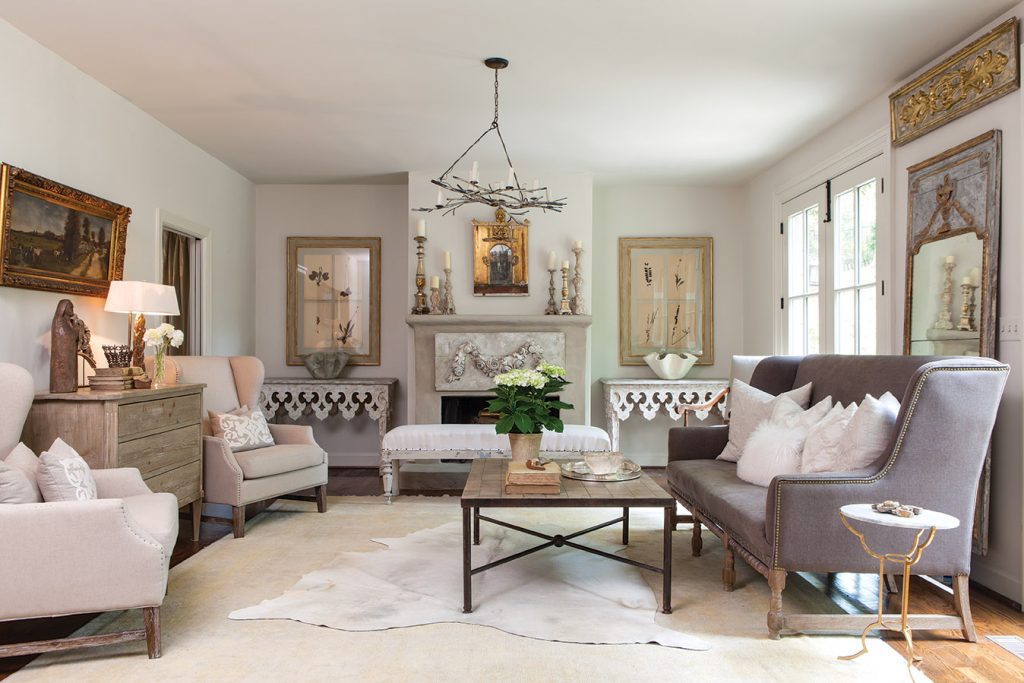 The family room originally had built-in bookcases surrounding the fireplace, but Mallory found them unsightly and tore them out. Then she got to work on the fireplace. Adding a couple of rows of brick and lots of stucco created the look of a limestone surround. For the pièce de résistance, she says, “I found the garland in France and knew I would use it one day. I added it to a wooden board and hung it on fireplace.” She also took out crown molding in the room and raised some doors to 8 feet. The unsightly bookcases have been replaced by console tables topped with jardinières. All of this simplifies the design and makes the room appear larger, she says.

The Before and After of This Cottage Kitchen Is Stunning