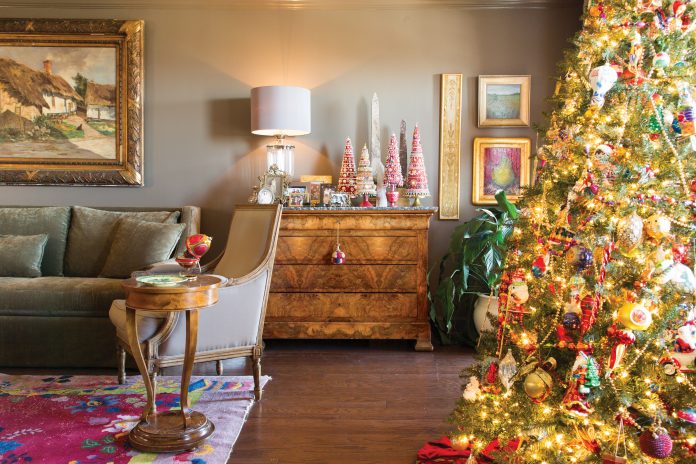 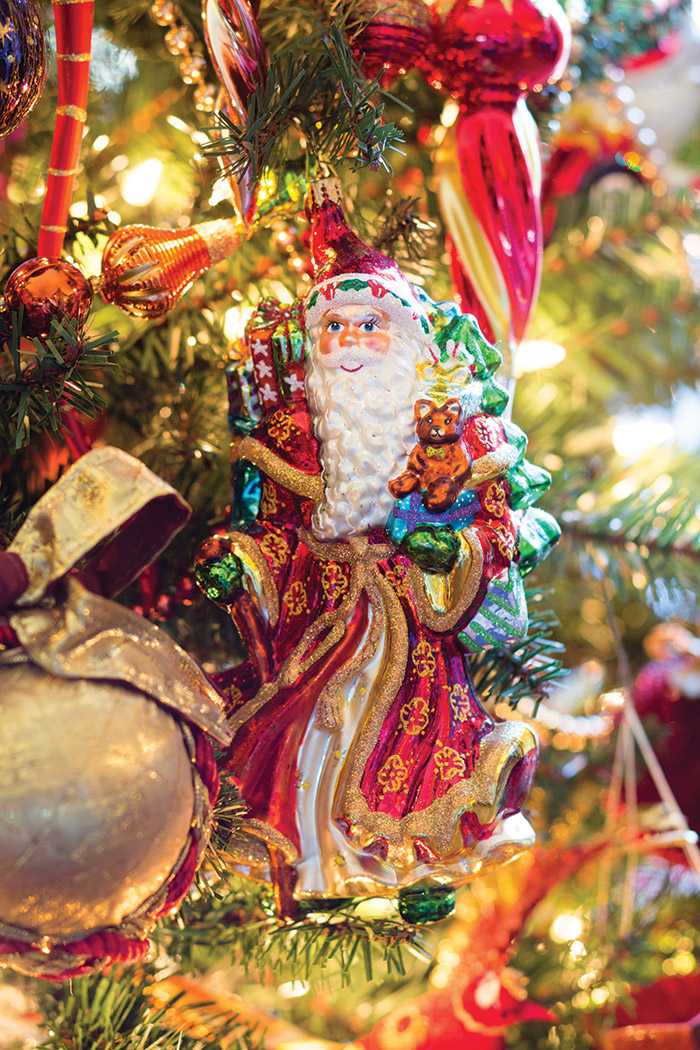 With the glimmer of the city’s skyline just outside his windows, this homeowner brings the sparkle indoors with his festive decorating.

When it comes to decorating for the holidays, Ray Jordan is the man to know. As the shop owner of FlowerBuds—and before that Christmas and Company—Ray is well versed in helping others find those special, festive touches to make their homes merry. And as could be expected, his house abounds in the convivial signs of the season as well. “I think my approach, along with my décor, could be called traditional,” he says. “A lot of what I use, such as my ornaments and what I refer to as my ‘sit-arounds,’ are items that I’ve had for years, which hold sentimental meaning for me.” 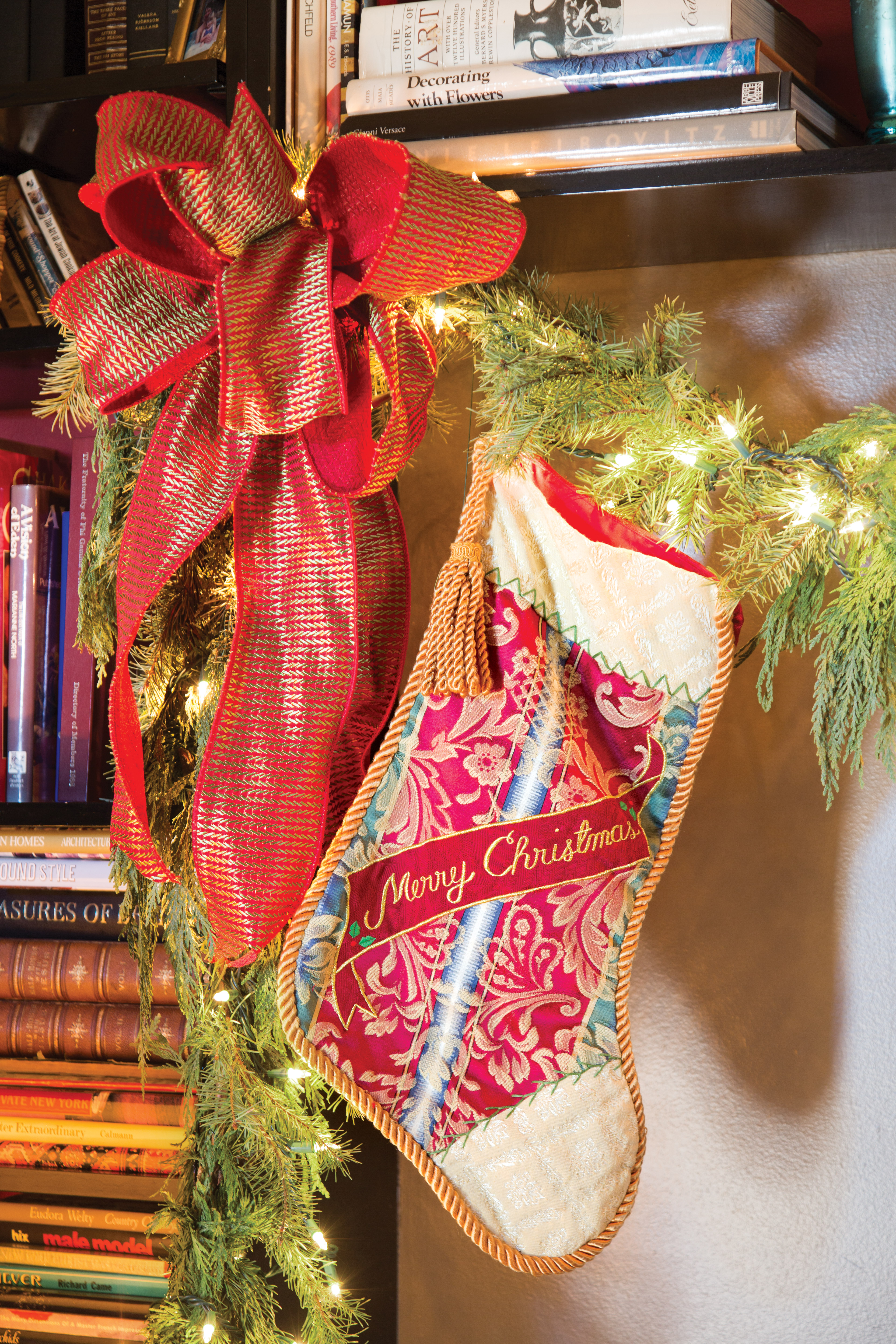 But it’s not a requirement for this homeowner to wait until December before he decks his halls. In fact, Thanksgiving is generally Ray’s time for unpacking all the trimmings and readying the tree. And this is not as much out of anticipation as it is necessity. “The main reason for this early start is that my shop goes into overdrive during the holidays,” he admits. “Since we typically decorate about 30-plus homes and businesses, I’m short on time to embellish my own place once the rush begins.”