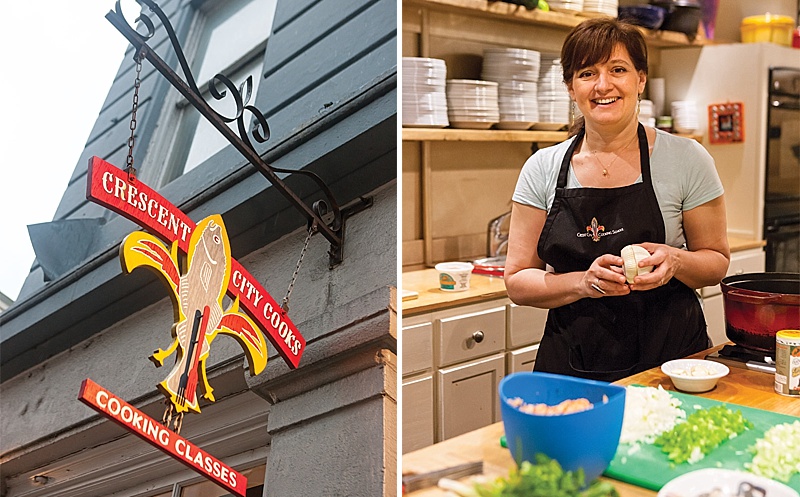 With a variety of class options, including a demonstration and hands-on class, tourists and locals alike are sure to leave with not only a handful of new recipes (and a full stomach), but also a history lesson on the influences of New Orleans food and culture with delightful anecdotes about the chefs and local historical legends. One of Nita’s favorite stories to share is the difference between Creole and Cajun food.

“We are a Creole town, not Cajun,” Nita says of New Orleans, explaining that Creole food generally means of the city, while Cajun food is of the country. During the class you’ll grasp a greater understanding of the unique blending of primarily French, African, and Spanish influences and discover, while the ingredients of the two styles are often similar, one of the most notable differences is Creole cuisine often uses tomatoes and proper Cajun food does not. So, if your jambalaya or étouffée has tomatoes, you know it’s likely a Creole recipe.

42 Dishes That Need To Be on Your Thanksgiving Table