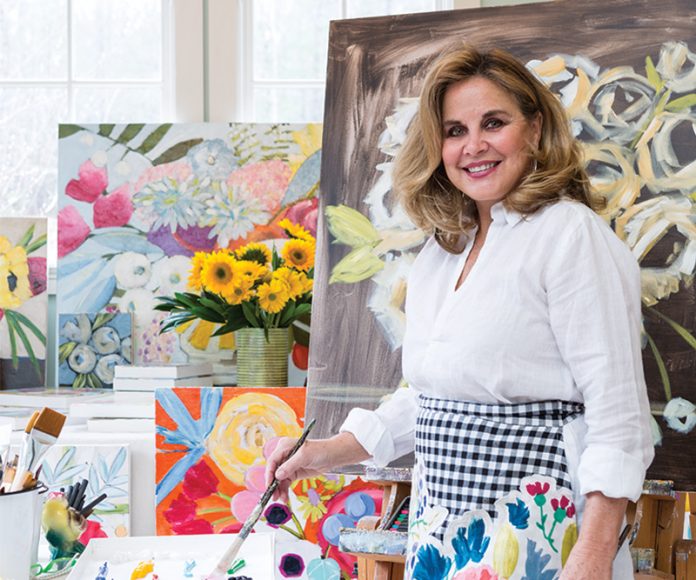 As a young wife and new mother Kim Kreis decided to put her teaching career aside to stay home and raise her children. But being a worker bee from an early age, she ended up starting a home business with friend Anne Johnson, also a new mother. In 1988, the pair opened Sweet Pea Designs, a stationery company with products that were eventually sold in more than 4,000 shops around the country. Kim says, “I don’t believe in retiring, but knew after 27 years and life changes we weren’t going to keep on doing this.” So the decision was made in 2015 to sell the business. 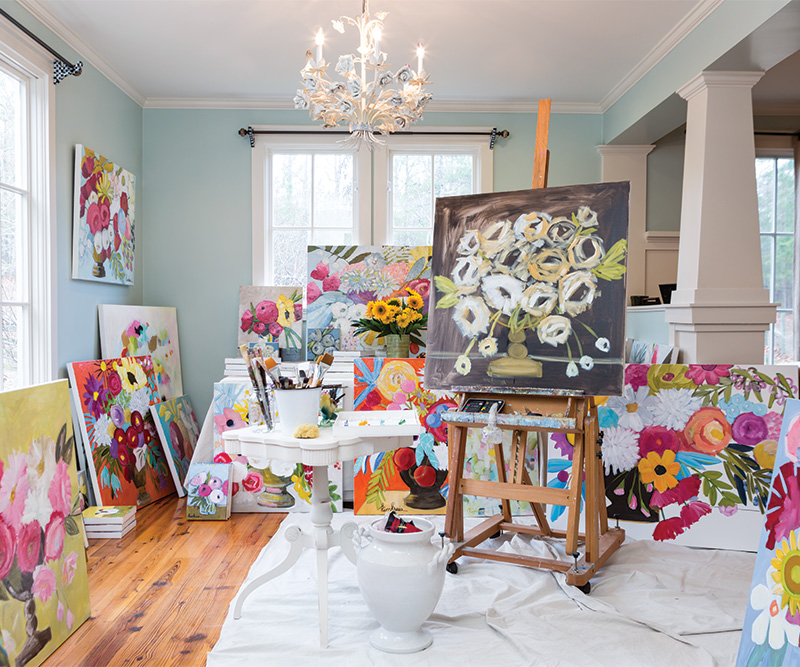 “Shortly after selling I thought, ‘So what am I going to do now?’” Kim says. Painting came to mind because she had always painted, and within six months, she was having her first show. She expected mostly family and friends to attend and was pleasantly surprised, but curious about a group of college-age kids purchasing her work. “They had traveled from another state and explained they came to see my art at the request of their mother, who follows me on Instagram,” Kim says. The sale of those paintings led to another show and eventually to requests from a gallery in Dallas. This was just a year-and-a-half ago.