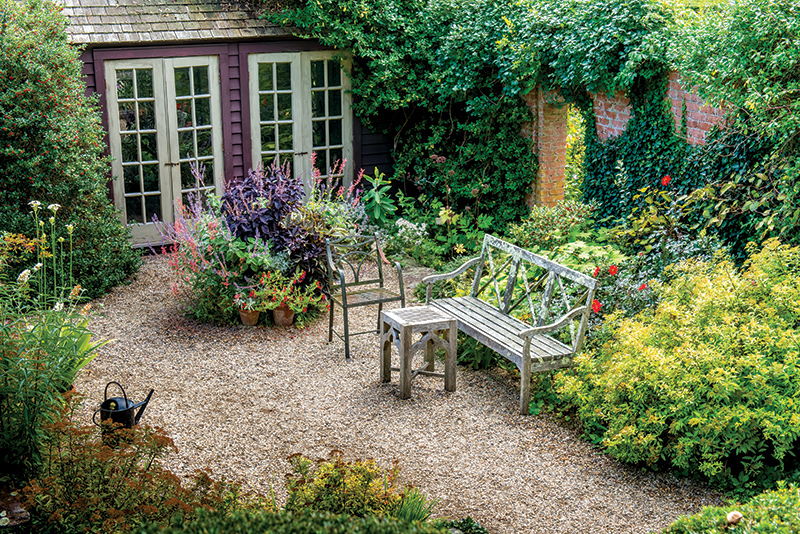 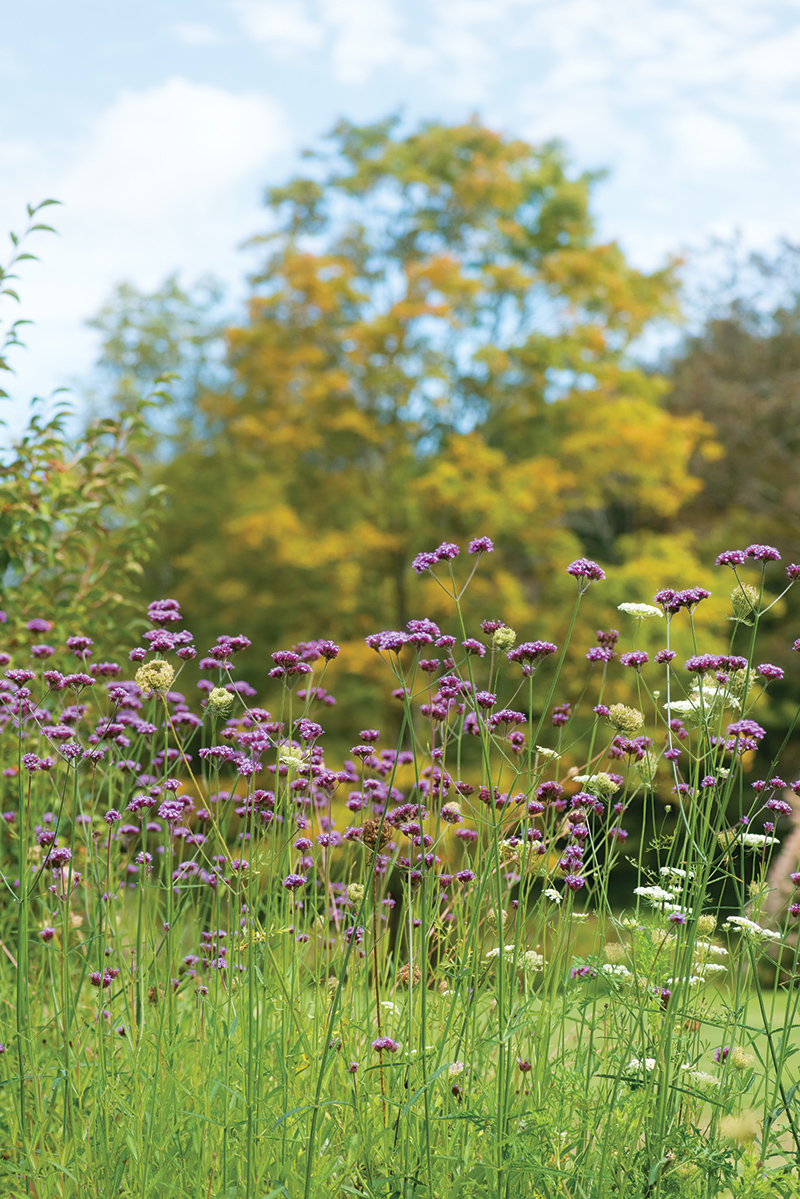 Not only do the rooms seize the imagination and coax it to wander, they also allow George to unleash the full spectrum. By limiting the vista into finite glimpses, he can access the rainbow without fear that colors will clash with the palette hidden around the bend. As a result, George builds up to the boldest possible spectrum in autumn. With the dahlias in full throttle and the roses in their second flush against a dappling of autumn clematis, Joe-Pye weed, and phlox, it’s enough to take your breath away. “And you never notice,” George shares, “that the garden is too big for the house.”

From the Experts: How to Make Your Flowers Last Longer