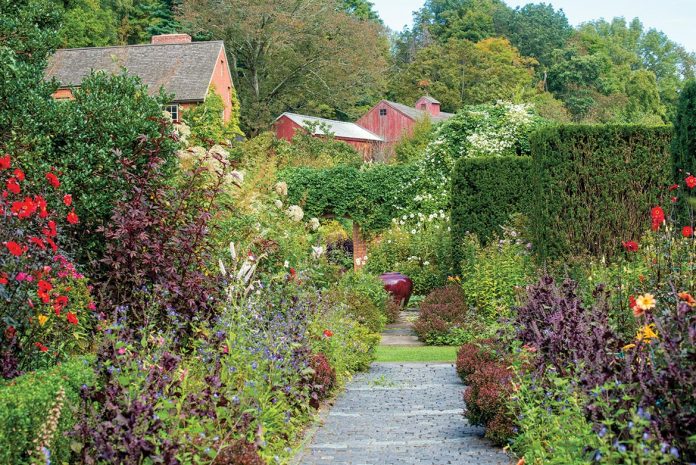 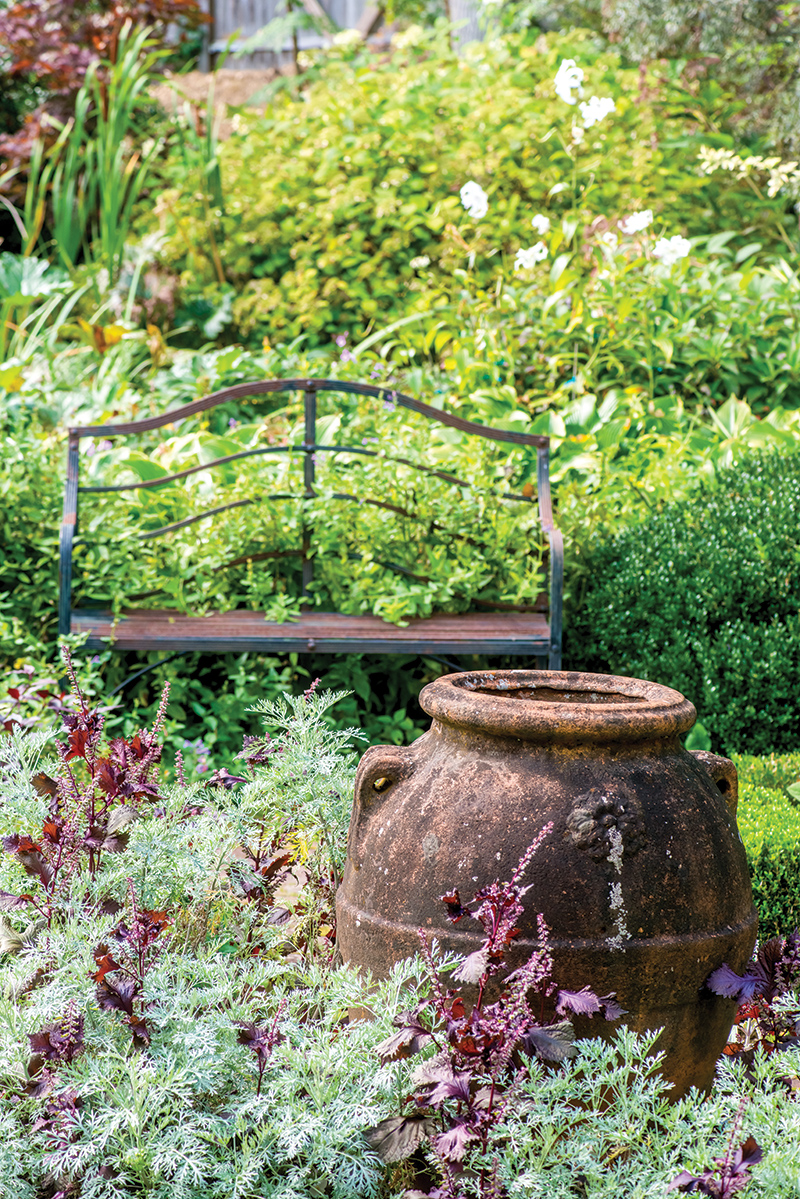 George Schoellkopf always knew a garden was in his cottage’s future, but he spent the first couple of years in his cottage stymied. On one hand, he was deeply captivated by the untarnished 1770 Connecticut saltbox. But by the same token, he had no particular interest in going the typical Colonial Revival route for its garden. George was at a stalemate to envision what sort of landscape would speak to the scenic 25-plus-acre property shouldered against a hillside with a brook trickling nearby. His inspiration, or “the clap of thunder,” as George calls it, came when a friend sent him to Sissinghurst Castle in Kent, England, with its labyrinth of rooms partitioned by seemingly ancient brick walls all wrapped in vines. Perhaps not coincidentally, he saw Sissinghurst in September, when the garden was in full density and volume. And that was the image he carried home to Hollister House. “I wanted to be dwarfed by my garden.” He spent the next 35 years achieving that voluptuousness and more.

Your Complete How-To for Drying Flowers This Fall

6 Steps to a Perfectly Organized Home

Bring in the Bold with These 2020 Design Trends