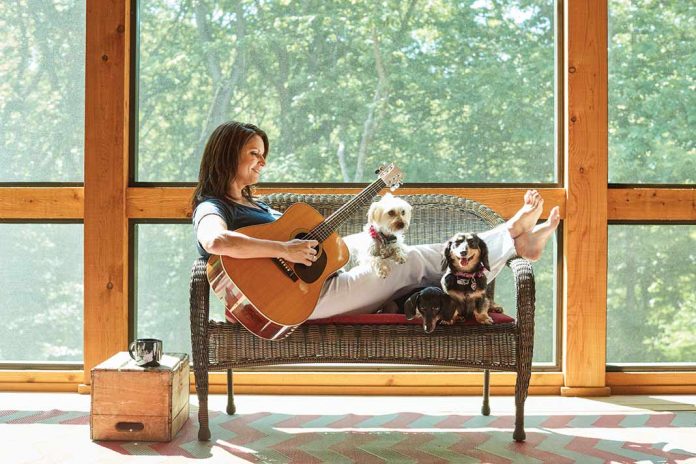 Hailing from the town of Medicine Hat in Alberta, Canada, country music star Terri Clark got her start playing for tips at Nashville, Tennessee’s famed honky-tonk, Tootsie’s Orchid Lounge. She signed with Mercury Records in 1995, while in her 20s, and emerged as a distinctive voice on the country music landscape and every bit her own woman. 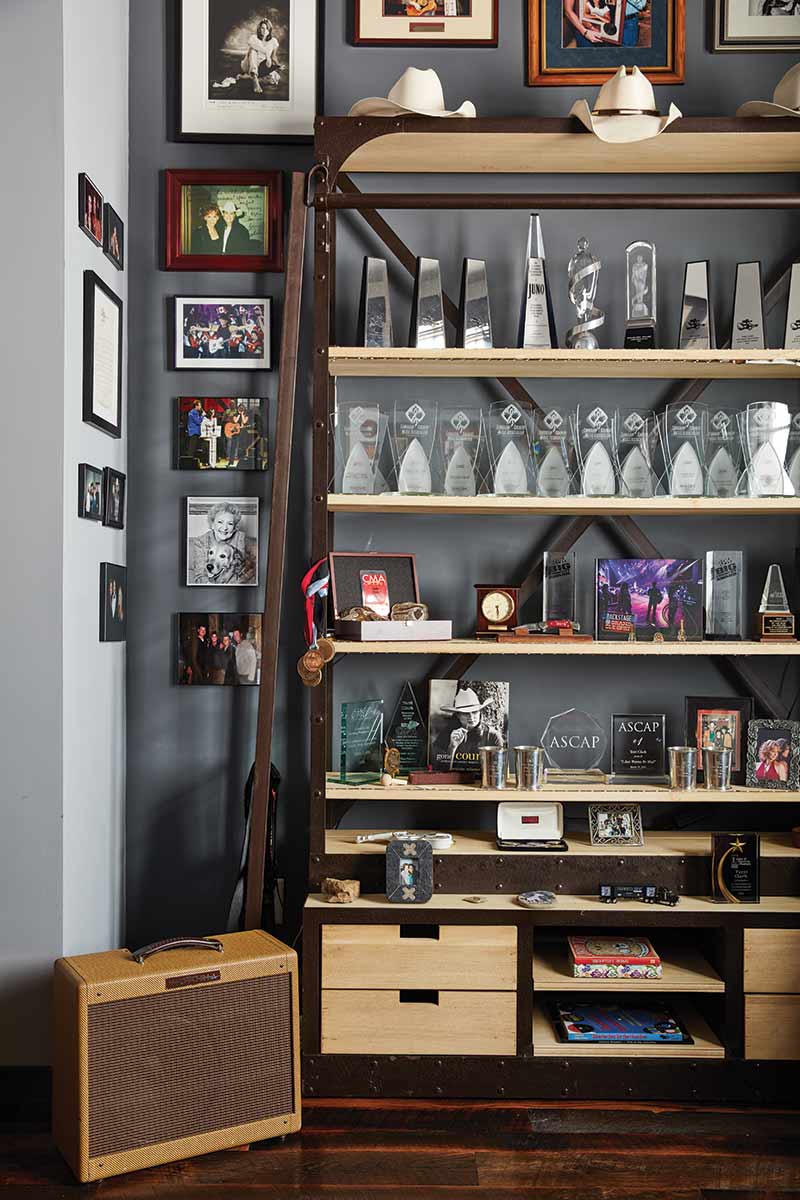 The eight-time Canadian Country Music Association (CCMA) Entertainer of the Year made her mark on radio with more than 20 singles, including six in the number-one spot in Canada and the United States. Her hits include songs such as “Better Things To Do,” “Poor Poor Pitiful Me,” “Girls Lie Too,” and “I Just Wanna Be Mad.” 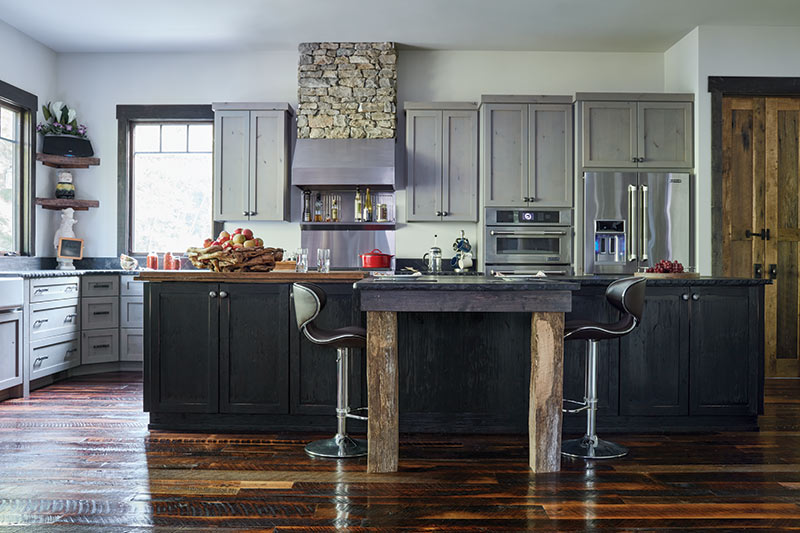 When Terri bought the land in the summer of 2014 there were two or three old structures on the 8-acre property. Before she had the structures torn down, she managed to save the logs from one of the buildings to use as the mantle in the great room, the staircase finial, stylish support posts, and legs for the kitchen island. 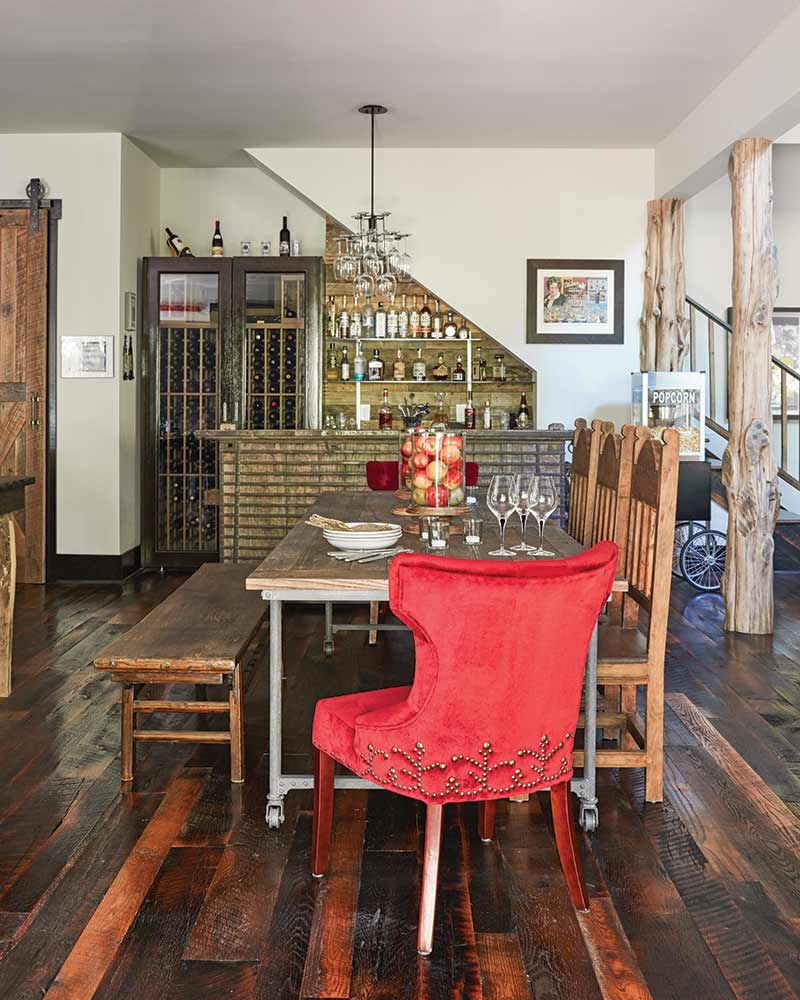 Terri’s smart design choices allowed what would have been unused space under the staircase to become a dining room wet bar. The bar’s chandelier is not only charming but also doubles as a functional storage rack for her stemware. 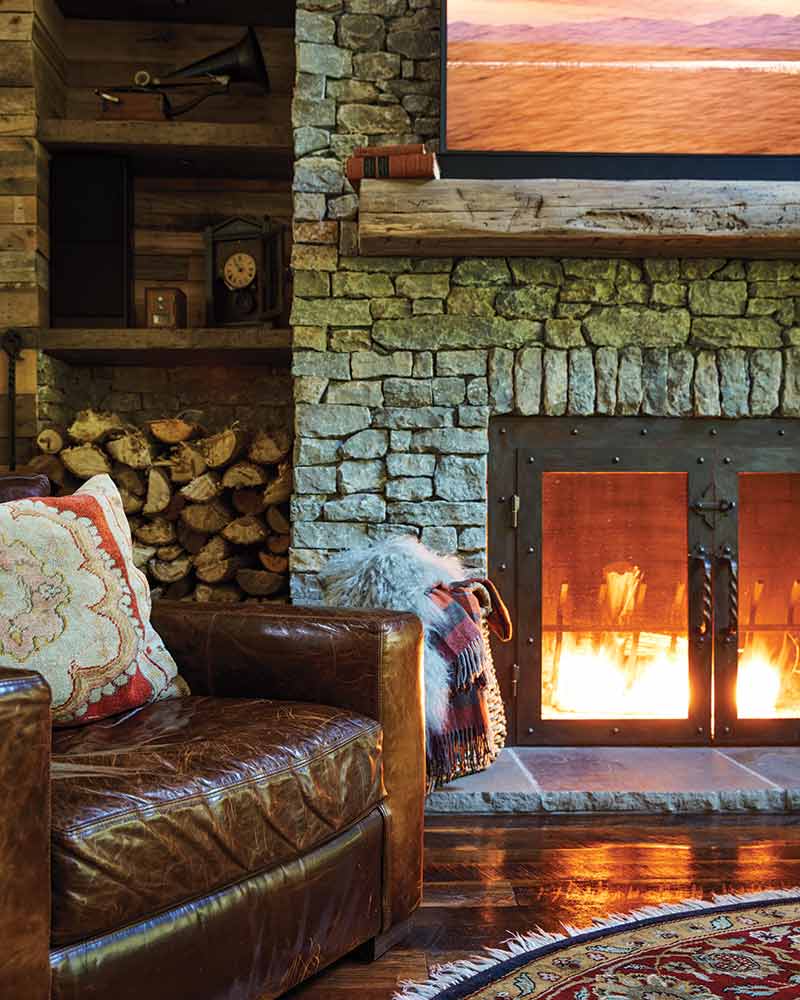 7 Tablescapes to Inspire Your Winter Gatherings