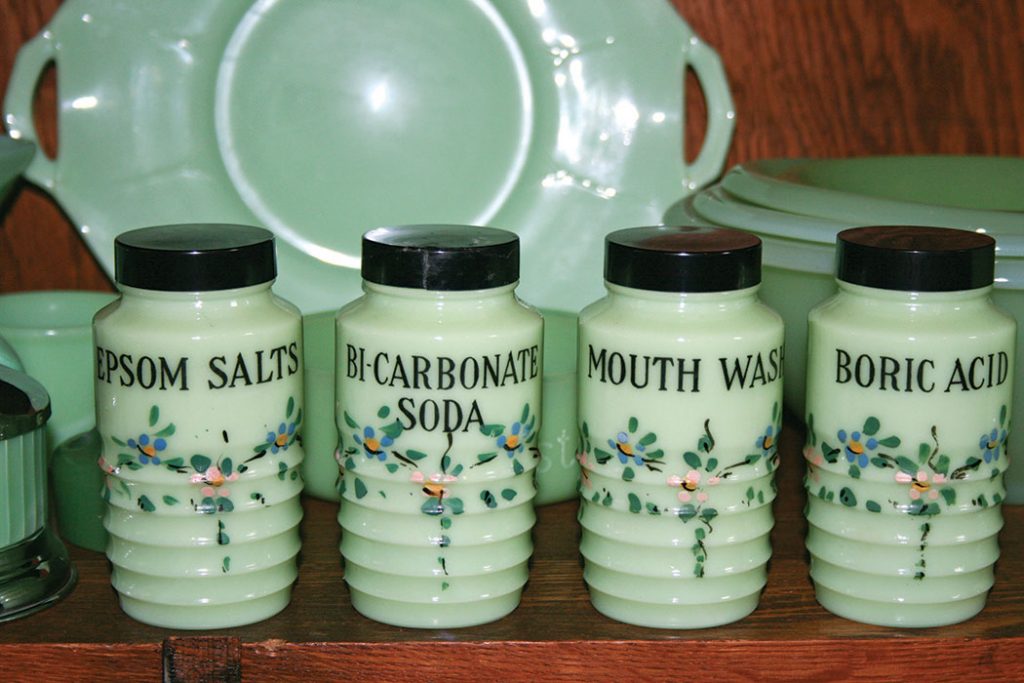 Jadeite first became all the rage in the 1940s and ’50s when the United States was recovering from World War II and needed something cheerful yet functional. A number of companies produced it, including McKee, Jeannette Glass Company, and, of course, the ever-popular Fire-King line called Jade-ite, made by Anchor Hocking Company. Although jadeite was originally designed for home use, an extra-sturdy line known as Restaurant Ware was created for commercial purposes. It was not unusual at the time for the local diner to offer not only a blue plate special but also a “green plate” special served on this durable but beautiful dinnerware. Many people received their first piece free in a box of oats or soap powder—or even when leaving a movie theater—as an introduction to the unique color.

Nantucket Lightship Baskets: the Story Behind the Iconic Island Collectibles

These 25 Products Are the Best of Summer Style

Nantucket Lightship Baskets: the Story Behind the Iconic Island Collectibles