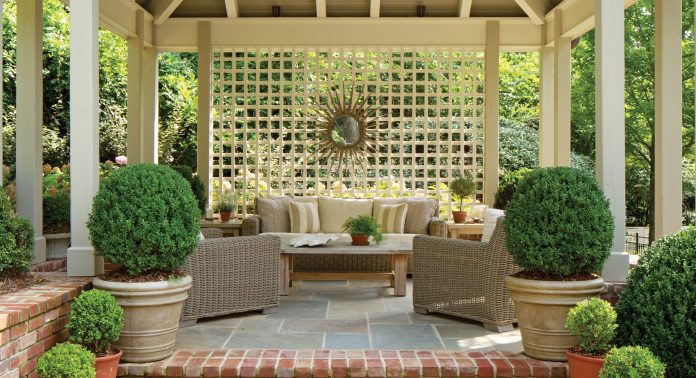 When Barbara and Len Ashford bought their 1920s cottage 27 years ago, the sloping hillside behind the house became Barbara’s canvas for creative expression. “From day one, I was out planting in the garden,” she says.

She installed an arbor and an English-style bench as a focal point in front of the existing pierced-brick wall. She also replaced a crumbling garage with a hip roof garden shed that looks so inviting that visitors often ask if it’s a guesthouse. Over time she put in paths, picket fencing, and boxwood hedges to “give the garden shape and structure so I can then go crazy with my flowers,” Barbara explains.

These 9 Summer Blooms Are Dripping with Cottage Charm