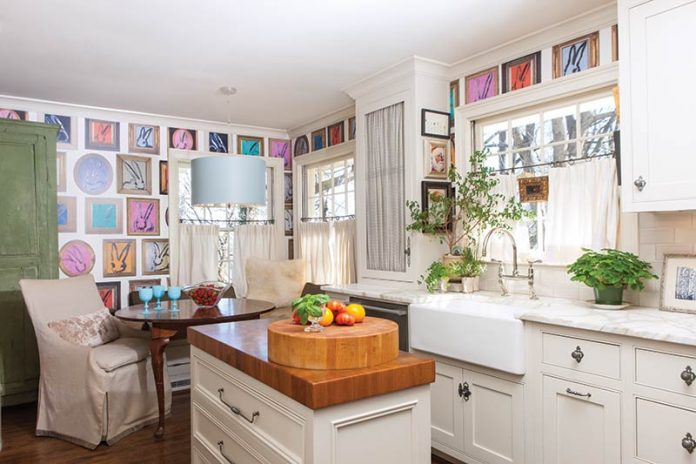 Kitchen designer Cyndy Cantley and husband Keith moved into their house five years ago with remodeling in mind. And of course that included the kitchen.

Cantley & Company is a successful kitchen design business Keith and Cyndy Cantley began early in their marriage. With Keith as the cabinetmaker and Cyndy the designer their hands-on experience served them well in creating kitchens for others. When asked how they planned their own kitchen redo, Cyndy laughs and says, “We never even drew it. My husband and I stood there one night with our tape measure, which I would never do with a client. But it’s a small space and it worked fine.”

These 11 Spaces Capture Our Favorite Elements of French Style

This Minnesota Cottage Is Designed for Entertaining in Style

Discovered by Chance, This Lake House Now Serves as A Summer Haven