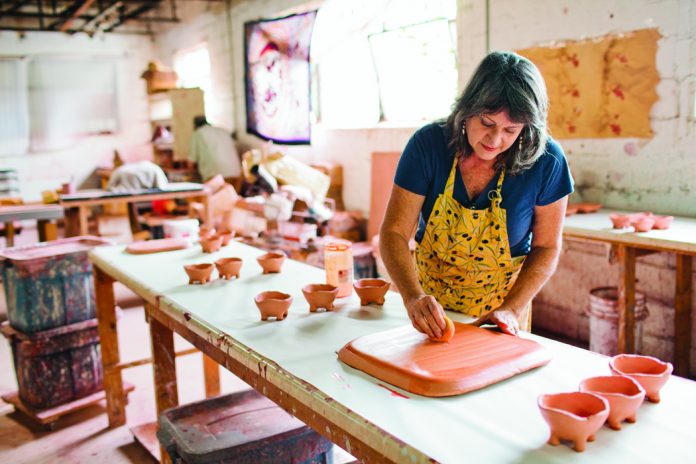 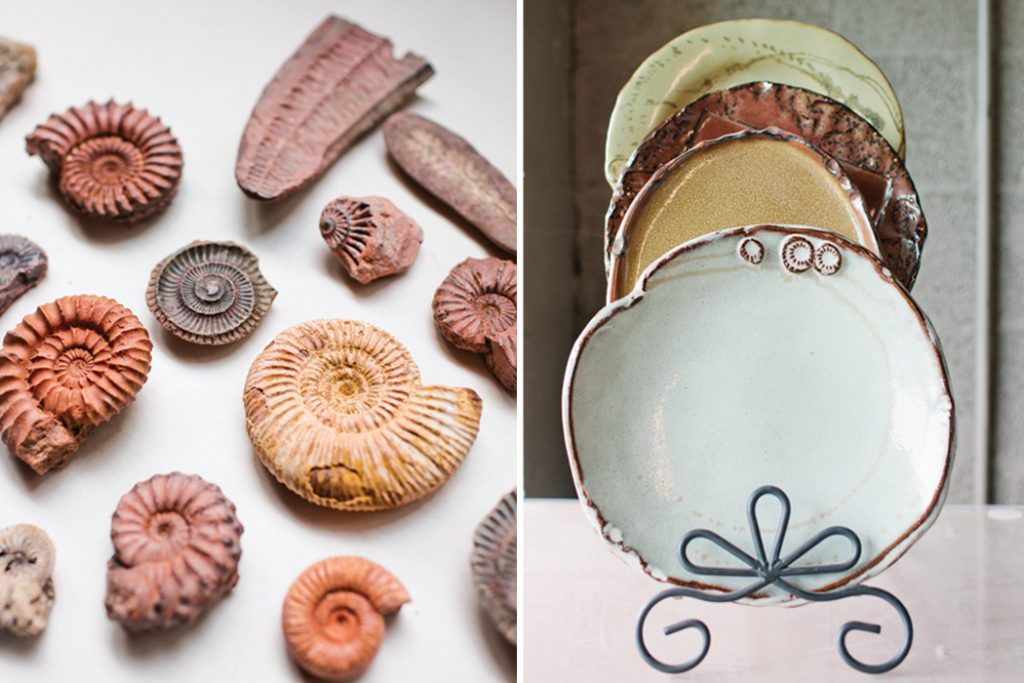 Restaurants and retailers around the world are taking note of Tena Payne’s spin on natural elements.

For nearly 40 years Tena Payne has created stunning ceramic pottery. From her spacious studio in Leeds, Alabama, the owner, instructor, and lead artist of Earthborn Pottery crafts each of her unique works of art with the philosophy that everything she makes is born of the Earth—all she does is rearrange it and put it back in the fire.

“I want it to look like a rock that has just been polished. Like something a caveman would eat on—fossils and all,” Tena says of her works. This is one of the reasons why she stamps her signature ammonite fossil, on each of her red clay vessels before firing them in one of the studio’s nine kilns. 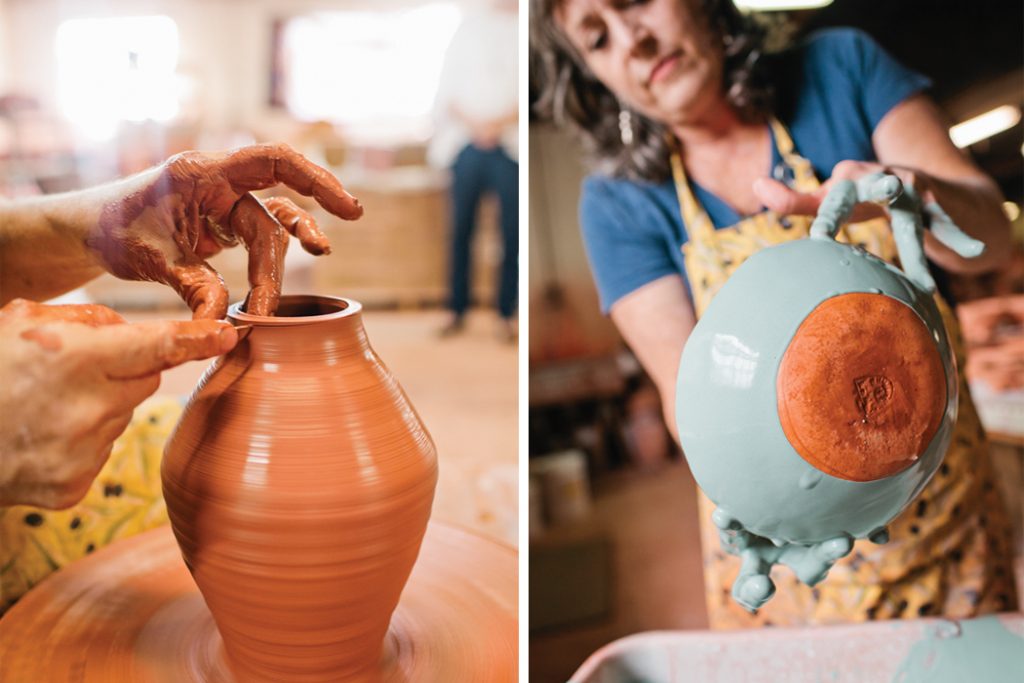 What began as a hobby soon took off as Tena’s creativity and passion for excellence helped her budding business blossom into a full-time career—a career that has landed her product on both ends of the country, as well as overseas.

Tena began selling her pottery to chefs after being commissioned to create a special line for 2012 James Beard Award winner, Chef Chris Hastings of Hot and Hot Fish Club in Birmingham, Alabama. And because food seems to taste better when it’s presented in a beautiful way, she and her pottery have a special connection with chefs, as her vibrant pottery truly shines in the kitchen. “My work frames their work; it enhances their work,” Tena says of the chefs’ creations. 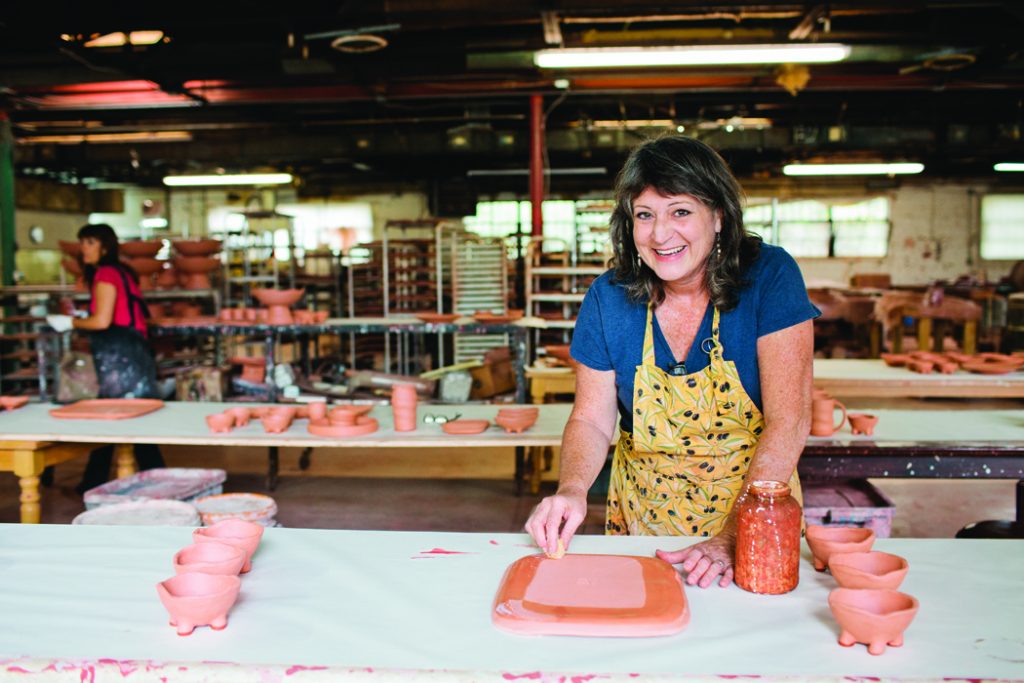 Her serveware, dressed in one of her 24 different hand-mixed glazes, can be found at Sensi in the Bellagio Hotel in Las Vegas; Sushi Samba restaurants throughout New York, Miami, and London; and dozens of other establishments across the country.

Tena says the highlight of her career was creating a line specifically for Chef Hastings to use in an episode of Iron Chef America where he competed and won a cooking challenge against Iron Chef Bobby Flay. She likes to think that the one-of-a-kind dishes helped in the overall presentation score that lead to his final victory. 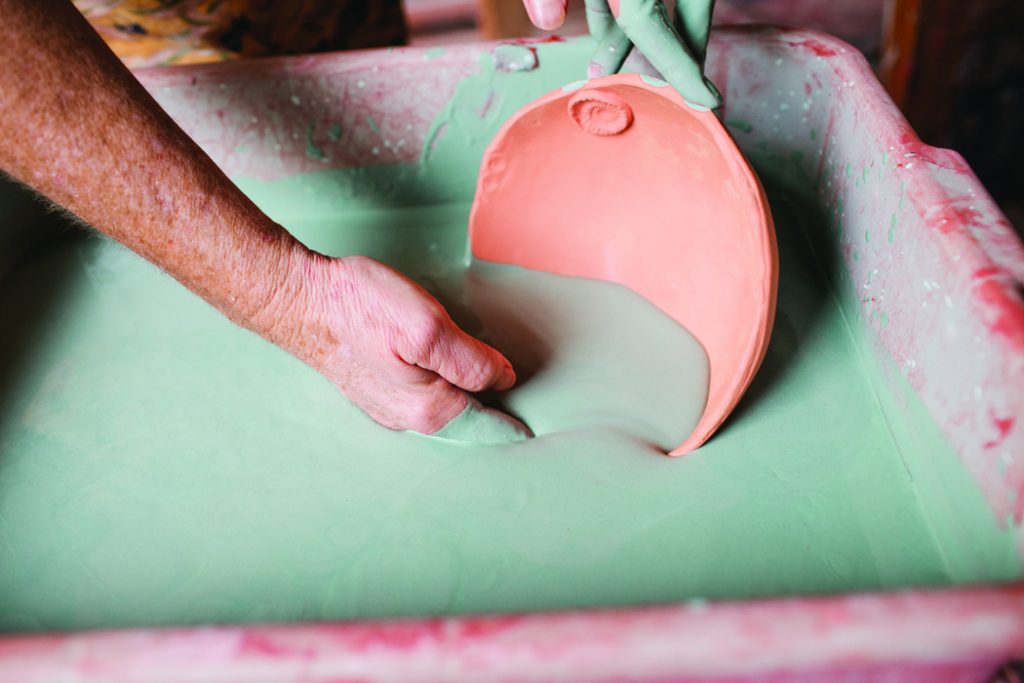 Tena and her Earthborn Pottery are now making waves as the business continues to grow. Today she displays her craft alongside industry giants.

“I felt a bit like Rapunzel, but I was spinning gold out of clay,” Tena said, describing how she fell in love with ceramics the moment she first saw a lump of clay transform into art in her hands. Tena said whether she’s creating pieces for restaurants, retailers, trade shows, awards ceremonies, or friends, she is still just as enraptured by the beauty of the pieces born of the Earth as she was that very first time. 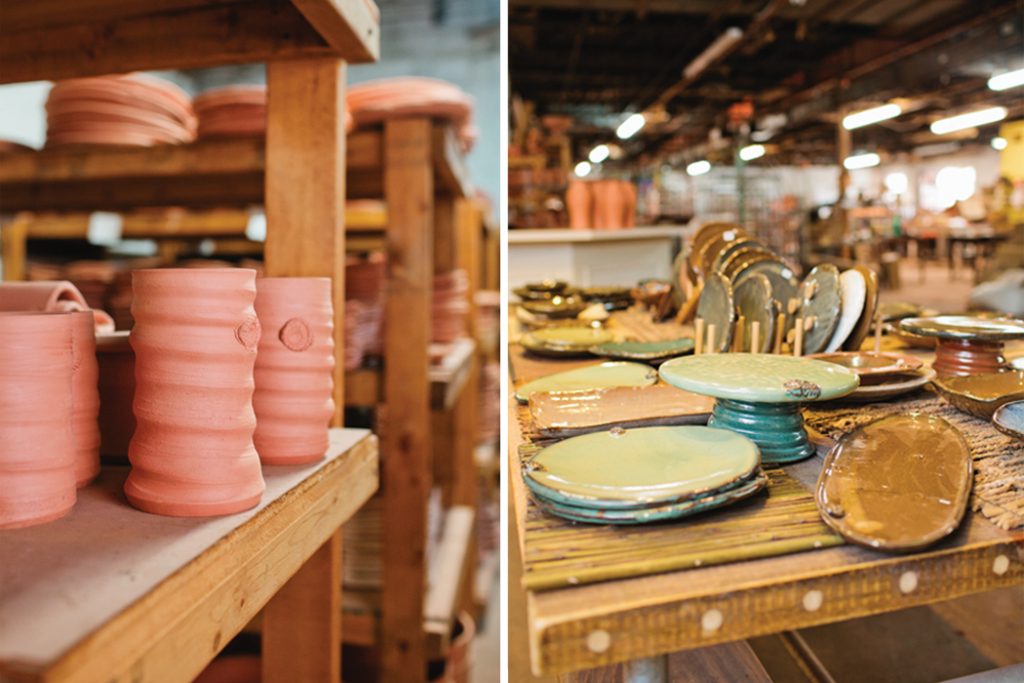 Earthborn Pottery is microwave-, oven-, and dishwasher-safe. When using the pottery in the oven, Tena recommends warming your pieces slowly, under hot water, for example, to prevent damage from rapid heating. 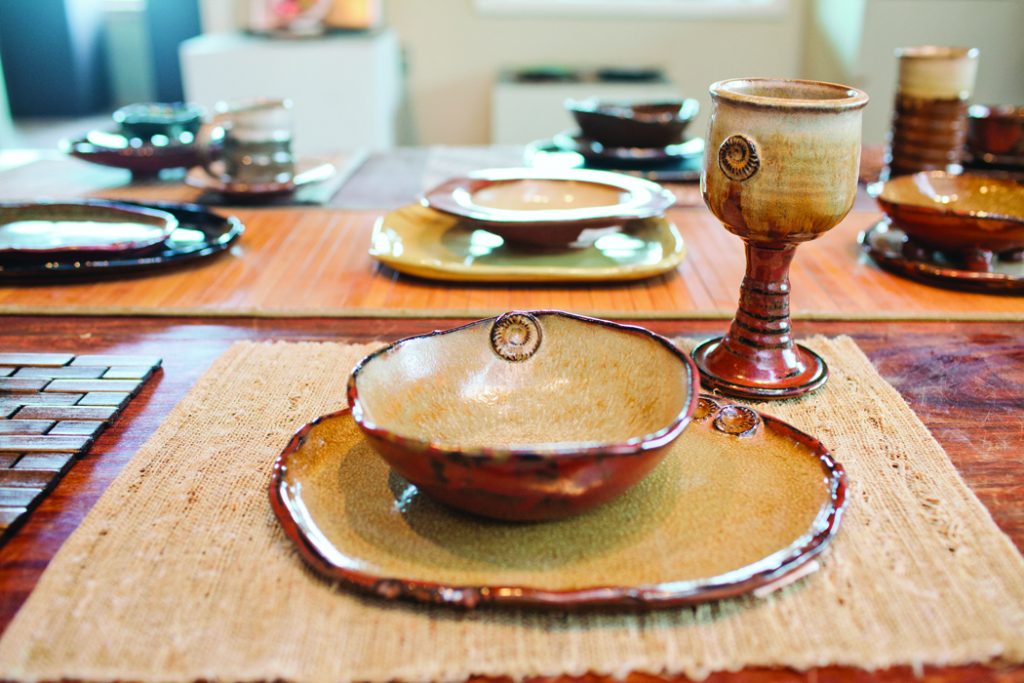 Coastal Meets Contemporary in the Kitchen of This Beachside Getaway

9 Reasons You Should be Decorating with Coral