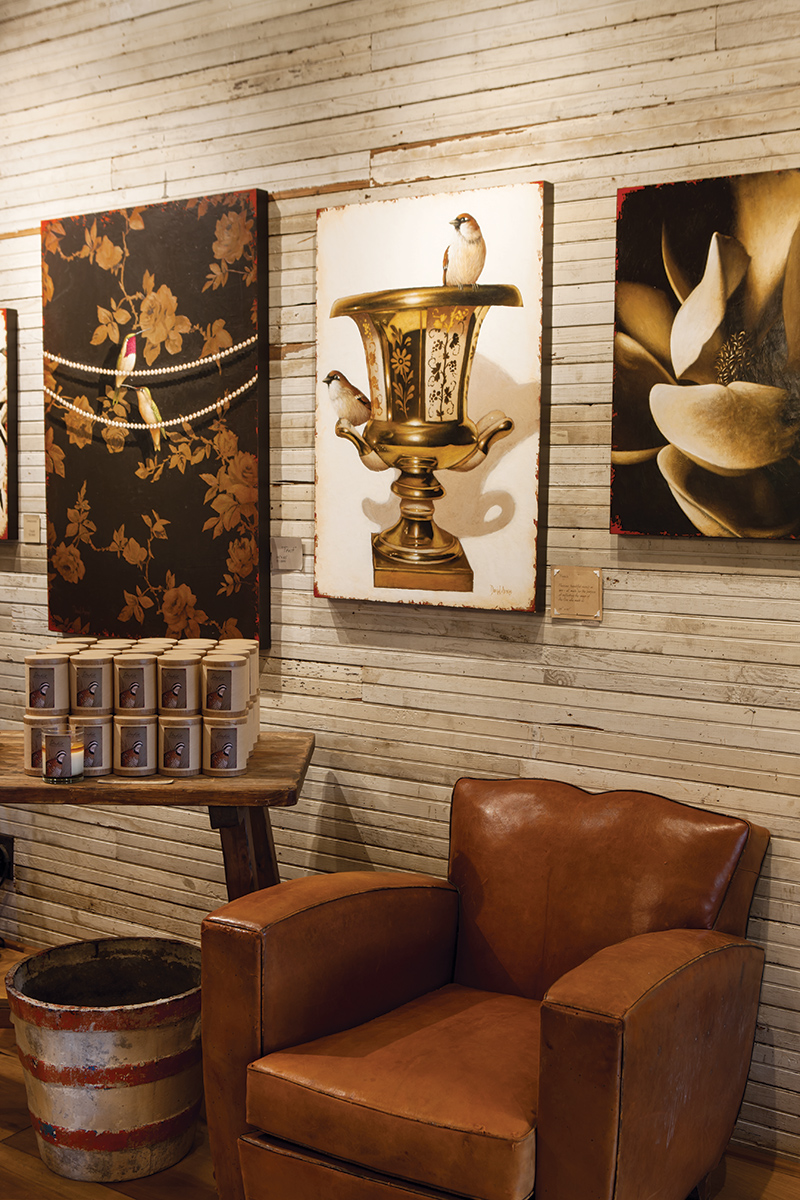 Due to the strategic composition, David says his works must be well planned. “There may be slight things that happen along the way, but I really know where I’m headed,” he says. “Of course that’s my personality, I’m more of a planner.” David’s striking works are dappled with nature and heavy with symbols. He says he began using symbolism in his works when he decided that he wanted to do more than just paint a pretty picture. “I wanted to be able to speak through my art. I’m a real introvert-type person, but I have a lot of things to say,” David says. “So [using symbolism] lets me be alone in the quiet of my studio, but still say the things that I really want to say.”

From Neutral to Bold, Laura Park’s Designs Are Perfect for Any Style Home

From Neutral to Bold, Laura Park’s Designs Are Perfect for Any Style Home

Celebrate the Harvest Season with an Alfresco Dinner Party