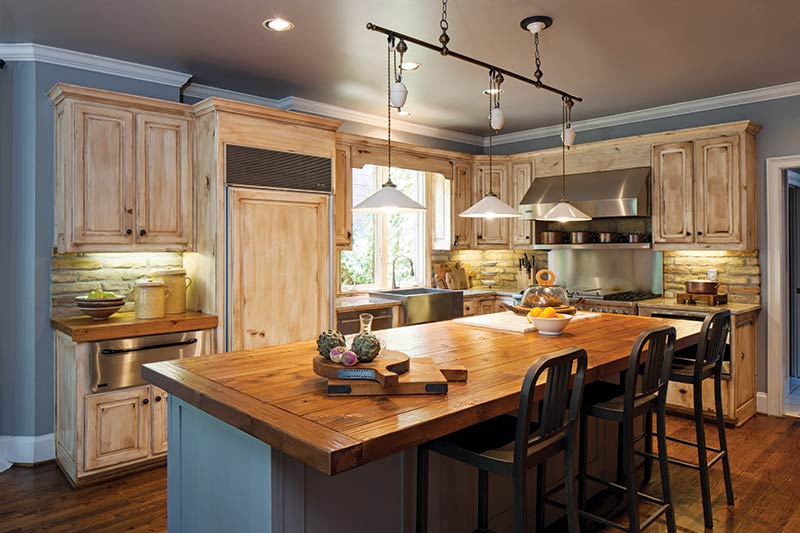 Through Europe2You, Stacy and Joe were also able to source and gather several important elements that further bring a sense of authenticity to their home. For example, “We installed 19th-century bricks and terra-cotta tiles salvaged from a farmhouse in the South of France, along with wood beams from an old civil building in Budapest,” she points out. As an added touch, the wood flooring used in the garden was originally used for a traveling festival in Northern Spain.

This Downsize Was Perfect for One Family

Feed Your Color Craving with These Kitchen Spaces

This Book was Made for Both Dog and Design Lovers

Elevate Everyday Dining with These Tips from Molly Hatch

We’re in Love with This Historic Travel Destination