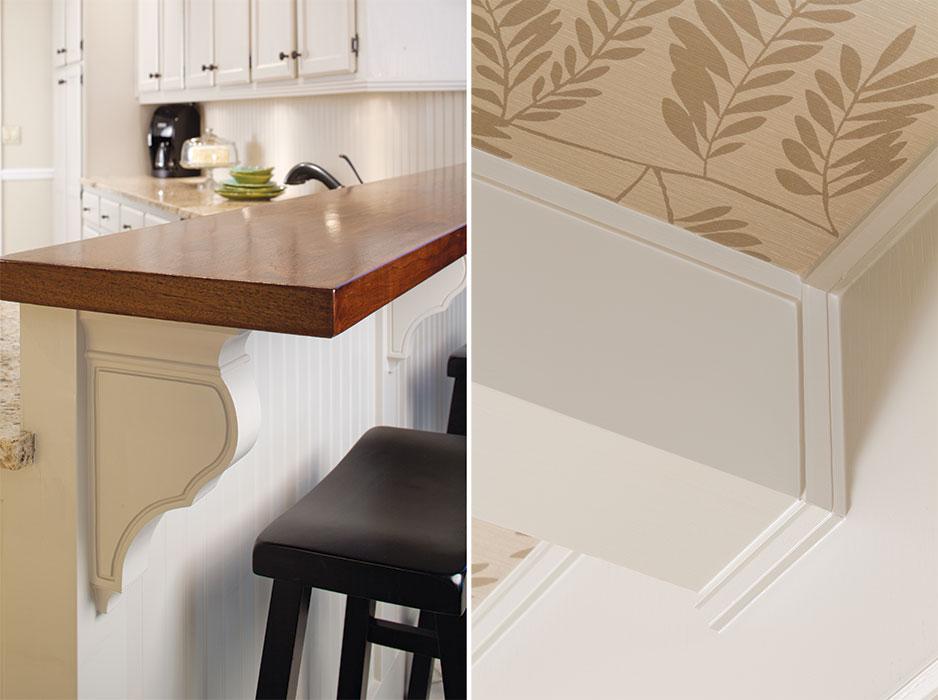 “The island was my favorite change,” Brenda says. “It was sort of dated, but we replaced the counter tiles with wood to match the bar. Then we painted the piece a turquoise color.” The insides of the glass-front cabinets and shelves above the refrigerator were also painted turquoise. The final surface, the ceiling between the newly painted beams, was papered. “The spaces between the beams just wanted wallpaper.” Deborah claims. “The leafy pattern makes one feel like they’ve stepped into an arbor.”

Brenda was asked, “When all is said and done, what would you say about the kitchen?” She shared, “It was completely what I hoped it would be. I’d definitely do it again”—a strong testament to recognizing the good bones and starting from there.

Take a Tour of This Nearly 100-Year Old Hollywood Home

Coastal Charm Is Everywhere in This Historic Kennebunkport Cottage

Every Room in This Southern Home Tells a Story

Sunny Days Are Ahead with Our Summer Issue in Hand!

Take a Tour of This Nearly 100-Year Old Hollywood Home