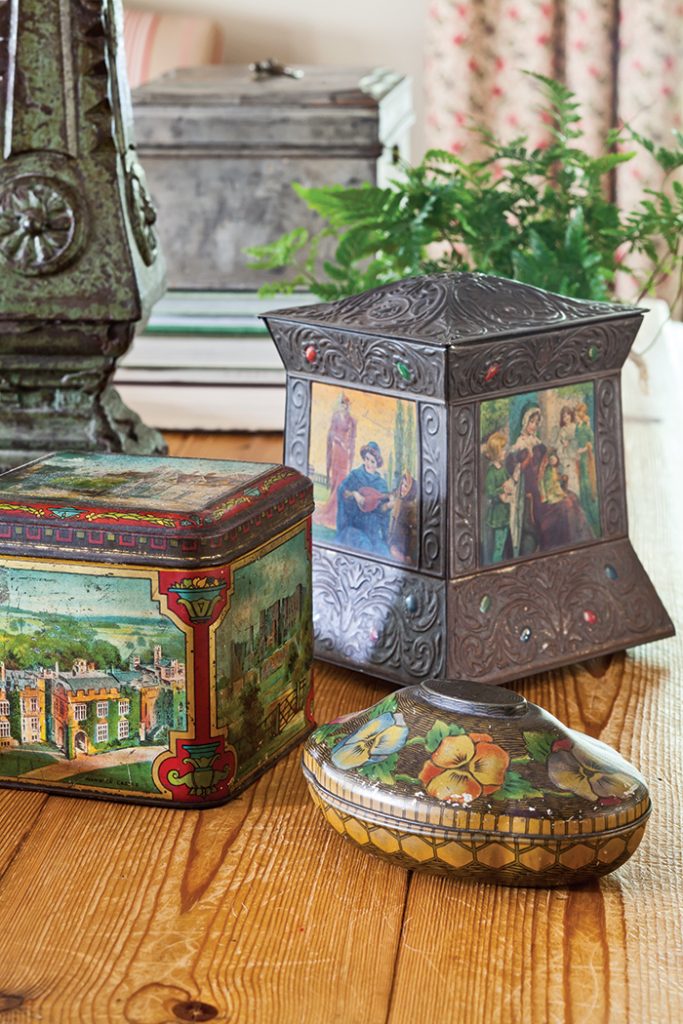 In the late 1870s the tins were embellished with colorful decorations and often formed into unique shapes such as miniature replicas of vehicles and circus-related items. Even after the biscuits were gone, the tins were prized. This had customers recycling the tins before recycling was even a thought. They became storage containers for sewing supplies, letters, receipts, and a myriad of other items. They began as a solution for airtight storage for a simple treat, but these biscuit tins have traveled the world—even so far as an expedition to Antarctica.

Bring Autumn Style to Your Home with These Market Finds