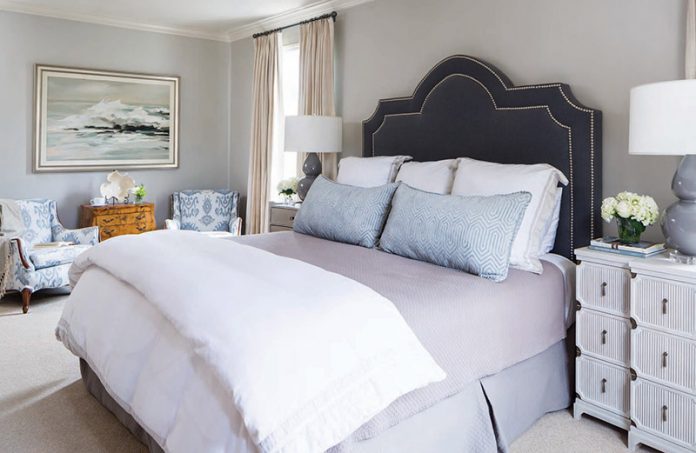 Though Kelli Fleming is a lover of color, her master bedroom is a serene contrast—and a much-needed one—to her life. Mother to two and partner at a law firm, she leads an active lifestyle, and she and her husband both craved a retreat. “I thought it was important to have something a little more serene and inviting for winding down at the end of the day,” Kelli says. 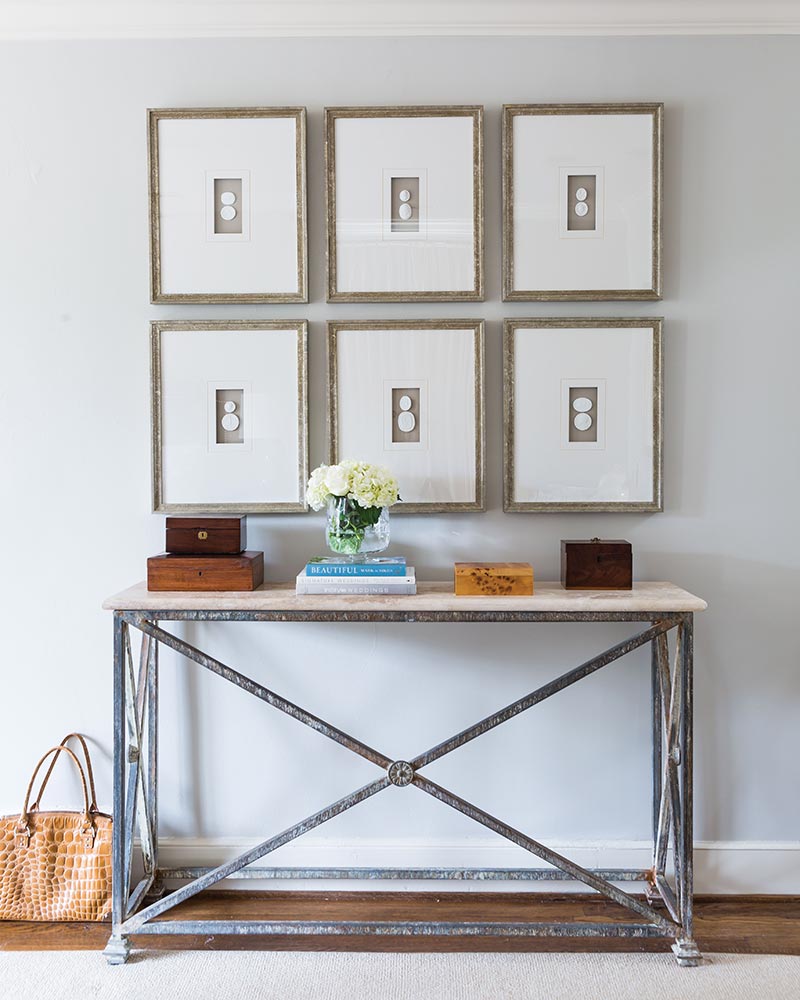 Together with designer Marianne Strong, the Flemings created a serene oasis washed in a blend of gray, cream, white, and blue. “I really believe that master bedrooms should be a place of rest and refuge,” Marianne says. “To achieve this, we stuck to a soothing color palette and soft, classic textures.” But this blending of the color wheel didn’t come naturally to Kelli. “I am very much a matchy-matchy person,” she admits. “Marianne has had to convince me over the years that white, gray, and cream are all ‘friends’ and can all be placed into one room and look great.” To give her a pop of color, Marianne introduced blue into the room with the addition of throw pillows and recovered chairs. 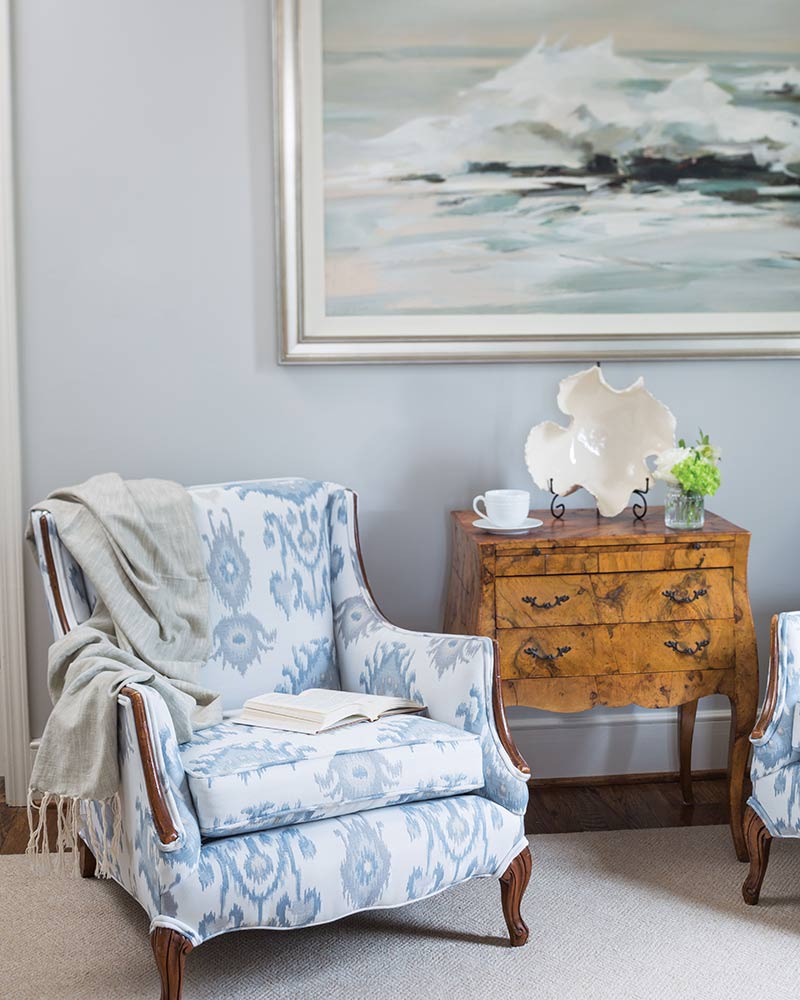 When designing the gallery wall, designer Marianne Strong tried to fill the space without imposing too much on the room with overwhelming features. “We found the console first, with the plan to do a gallery wall above it,” she says. “The intaglios were the perfect addition—both in color and texture.” The table in between the two armchairs was a gift from Kelli’s mother after the passing of her infant son, William. “In the process of grieving his loss, my mother took me to Atlanta to hunt for the perfect piece for our house in which I could place William’s special mementos,” she says. “We found this chest, and I immediately knew it was just what we needed.”

Warm Up This Winter with a Cozy Fireside Respite

Tour This South Carolina Farmhouse that Serves as a Weekend Getaway