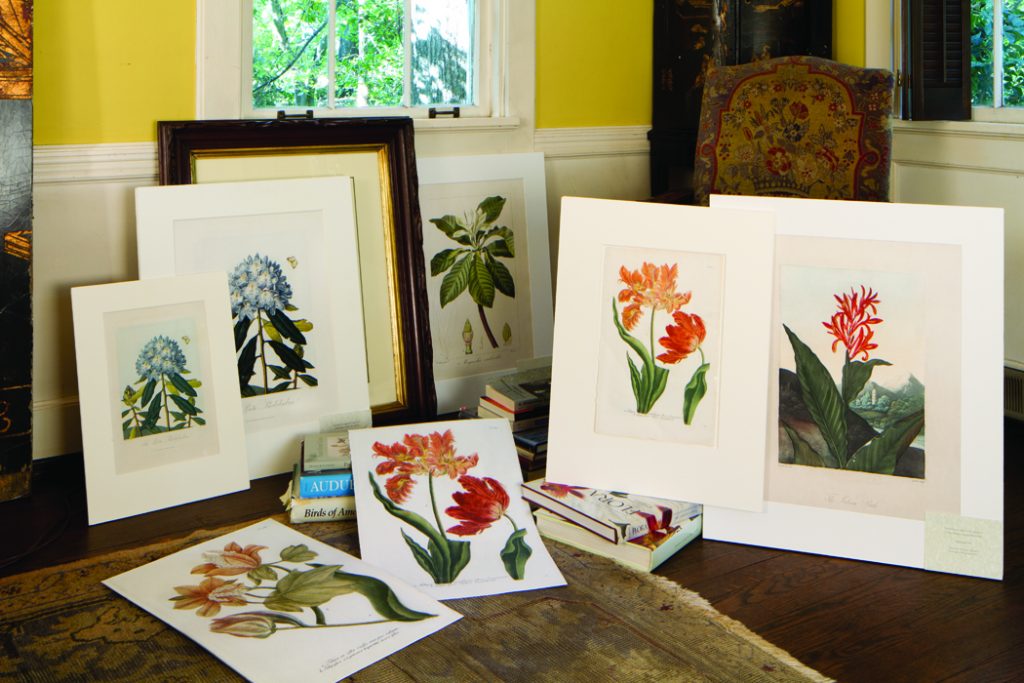 Gilbert’s passion for history has garnered him an even greater appreciation of Audubon and other artists from the 17th, 18th, and 19th centuries. He explained that it’s hard for people of the 21st century to understand how often people used to be in nature. “They [traveled] in an open carriage, on horseback, or walking, so they were very aware of nature,” he says. “And because people were immersed in nature, they wanted to know what was around them.” Gilbert noted that during that time, people were willing to spend huge sums of money for bound prints of Audubon’s work and other similar artists of the time to use as a learning tool for the world around them.