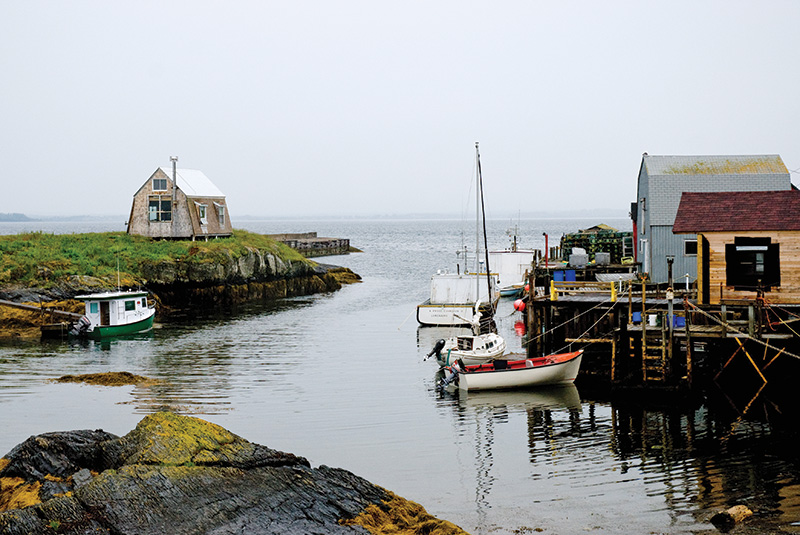 Laurie left Nova Scotia to attend art school where she explored textiles as her medium. From there, she toured Europe before settling into an apprenticeship with a weaver in Denmark. But weaving didn’t give her the flexibility she craved so she began working with fabric in a more freeform style. She basically paints in fiber using threads instead of brushstrokes. It didn’t take long for her creativity to win the nascent artist instant acclaim, and soon she was sewing commissions for corporate clients who requested immense wall hangings. Initially, while making a name in the art world, she was based in Toronto. But Nova Scotia always remained in her psyche. So in 2003, when the town of Lunenburg asked Laurie to compose a work of art to commemorate their 250th Anniversary, she went back for good.

These Paintings Make Perfect Gifts for Your Country-Loving Friends

This American Redware is Made Just Like It Used to Be

7 Cozy Fireplaces to Keep You Warm All Winter

We Can’t Wait to Visit This Round Top Destination