As a boy growing up in New Jersey, Anthony Rudisill taught himself to draw and paint the birds and wildlife he found in the state’s coastal marshlands. His gift for close observation and meticulous illustration led to a successful career as a commercial artist as well as an award-winning fine artist. His paintings have been shown in museums and galleries, including the Smithsonian’s National Museum of Natural History in Washington, D.C., and featured in the National Wildlife Federation Stamp Program and the Franklin Mint. He also mastered wood carving and won top honors in world championship competitions for his lifelike bird sculptures. 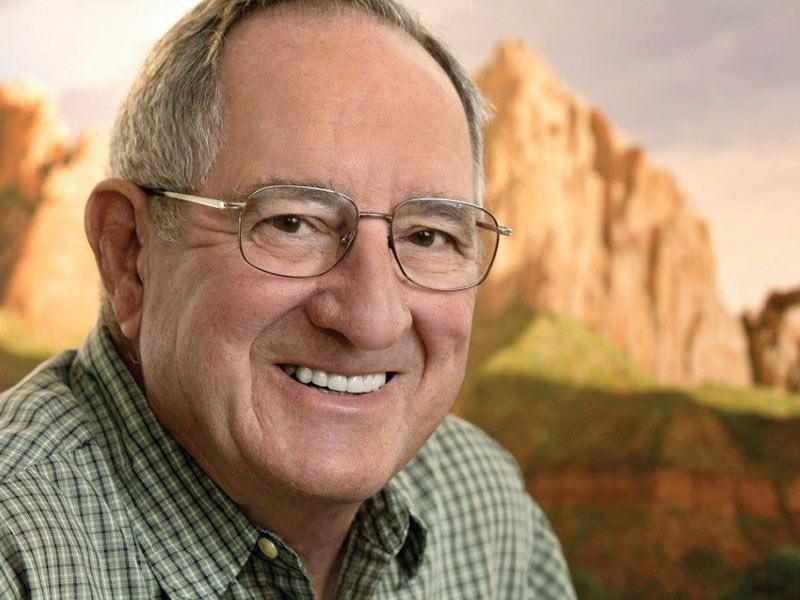 The only exposure he’d ever had to America’s national parks, however, was what he saw on calendars. Then one year he and his wife, Marianne, visited their daughter in California, and she took them to Yosemite National Park. “It blew my mind,” he recalls. “I thought, ‘I have to go back and do something with it.’” That planted the seed for the project he took up in 2010 and is still pursuing—visiting as many national parks as possible and painting the iconic views.

The vast landscapes and spectacular vistas of the American West have inspired painters since the mid-1800s. Artists Thomas Moran and H.W. Elliott and photographer William Henry Jackson accompanied a federally funded geological survey team to Montana and Wyoming in 1871. The dramatic images they brought back helped convince Congress to establish Yellowstone as the world’s first national park in 1872.

By the time Woodrow Wilson signed the act establishing the National Park Service in 1916, there were 35 national parks and monuments being administered by the Department of the Interior. The act provided for a coordinated system to ensure the conservation of scenery, wildlife, and any historically significant structures or monuments in the parks, for the benefit of future generations. The National Park Service now oversees more than 400 sites in all 50 states as well as the District of Columbia, Puerto Rico, and the island territories.

Anthony and his wife have visited 15 of the nation’s parks, making repeat visits to Yosemite, which is still one of their favorites.To create his detailed, realistic paintings, he looks for characteristic views that readily identify the particular park. “Anything I see that interests me, I take pictures from different angles, different lighting, and then at home I choose the one I think is best,” he says. Working from an enlarged photo and using a grid system, he draws the image on hardboard, then proceeds to paint the scene in acrylics.

“It’s my nature to make things look real,” he says. Accuracy and fidelity to the photograph are also key to his goal. “I’d like people to experience the thrill of these scenes as I experienced them,” he says. “I try to paint something that will interest others, not just me. I try to put all my enthusiasm into it, my feelings about these places.”

In capturing the quality of light and the majesty of the vast spaces, Anthony achieves much the same effect as his 19th century predecessors did—awakening in viewers a sense of awe and wonder in the face of magnificent nature. “I always encourage people to go see the parks themselves if they haven’t yet,” Anthony says. “It’s well worth it.”