The frieze above the fireplace is an old family piece given to Dershie’s grandparents. Friends had brought the piece back from Italy as a wedding gift. It depicts children with grapes representing the Biblical passage, John 15:5, “I am the vine; you are the branches.” 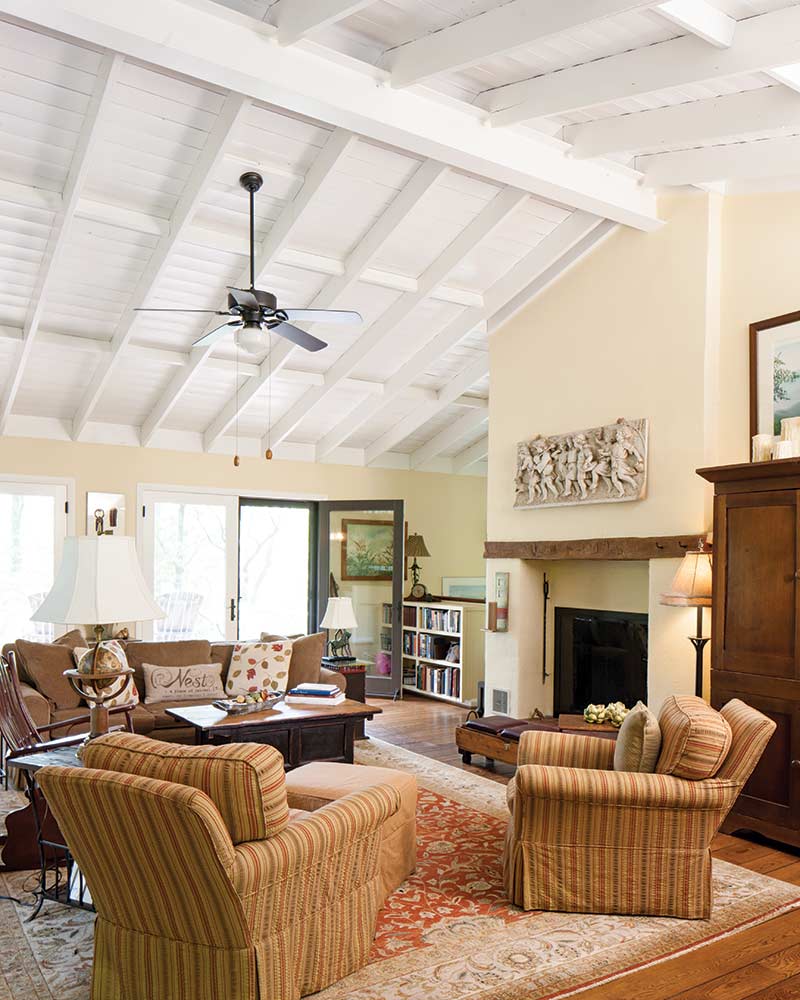 During the renovation, they gutted the original kitchen. The room now opens to the living room on one side and to the dining room on the other, making it easy to move between the two. In the center of the kitchen, a chest, purchased unfinished, is used as an island. Linda had decorative painter Lyna Farkas paint the sides of the chest and the old pie safe, now used for storage. Concrete countertops are etched with favorite sayings, making them special, and glass-front cabinets help keep the room light and airy.

The stained wood ceiling in the kitchen angles as it extends into the living room where it is painted white. The room’s white ceiling reflects the natural light and brightens the area. This comfortable room replaces the porch as the gathering spot for the couple as the seasons get cooler.

Once finished with the renovation, Linda proclaims the McDevitts’ home is comfortable, whimsical, and happy with nature, and of course, Dershie and Larry are in complete agreement

FROM THE CUCKOO’S NEST

Dershie McDevitt studied nursing at the University of North Carolina-Chapel Hill, but later in life she decided to return to school and take the liberal arts courses she felt she missed. Her writing teacher assigned her to write a novel as her graduate school master thesis, and that’s when she says the real writing began.

The couple was living in this house and she designated the room at the highest point to be her writing area, aptly named, the Cuckoo’s Nest. Dershie was soon invited to join the oldest writing group in North Carolina.

“We meet every two weeks and the group has probably produced close to 50 or 60 books and stories. We all write very different things, some fine literature, and biographies,” she says. “Mine are clearly ‘cozies.’”

She explains, “I wanted to write something I like to read—that’s a cozy, a little romance, and murder but without the gore.” Dershie is currently working on a sequel to her first book, Just Holler Bloody Murder. 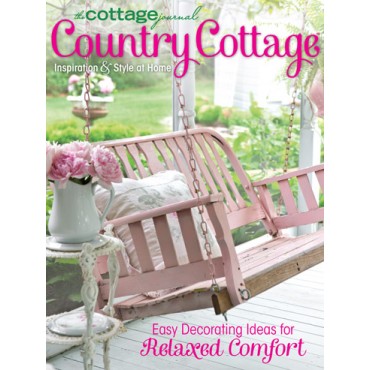