The daughter of country music legend Hank Williams Jr. and a musician herself, Holly Williams does it all—much like her general store, White’s Mercantile. Holly originally aimed to follow in her father’s footsteps, but a car accident inspired her to pursue her dream of opening a retail store. She dipped her toes into the retail world with her clothing store, H. Audrey, before opening White’s in 2013. Named after her maternal grandparents, the charming store was inspired by her great-grandfather’s general store in Mer Rouge, Louisiana, and is a way of paying homage to him. She looked back to his little shop when opening her own, adding a personal nostalgia to the business.

Behind the storefront of vintage white doors, you’ll find an eclectic mix of rustic furnishings that run the gamut from neutral and farmhouse-inspired to bright, modern patterns. There’s something for every taste and style at White’s—shelves and tables brim with books, jars, and candles, and prints of every kind adorn the walls.

Holly’s style shines through the store. Every furnishing embodies a mix of simplicity and vintage charm while the store itself speaks to her travels around the globe. Whether you’re looking for a statement piece to adorn a wall or the perfect trinket to finish a tabletop vignette, each piece at White’s Mercantile is sure to become an heirloom.

Shop the issue below! 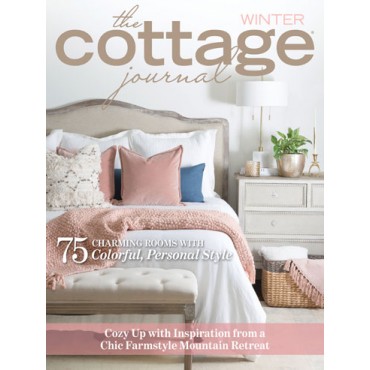 This Victorian-Era Collectible Is Perfect for Nature-Lovers

These Gingerbread Confections Are Too Pretty to Eat

Visit a Holiday Home Made for Entertaining

Our Country Cottage Christmas Issue Is Perfect for Farmhouse-Style Fanatics